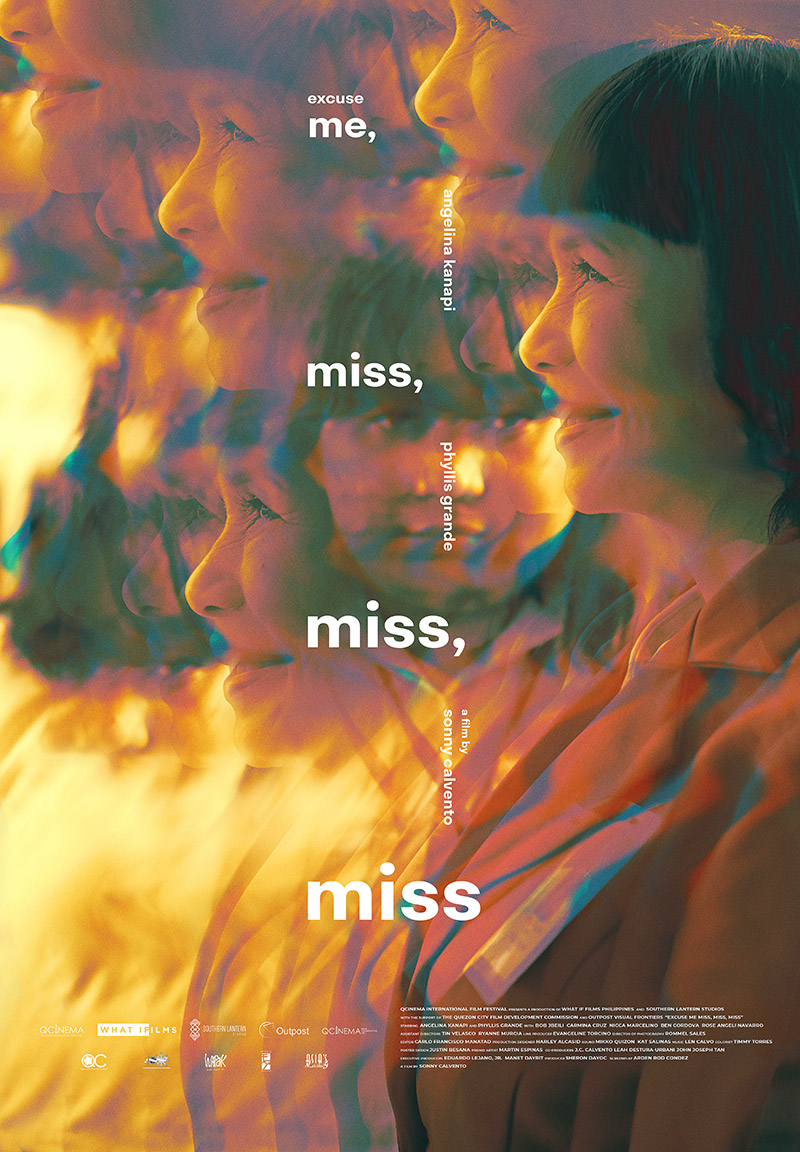 Logline:
“Excuse Me, Miss, Miss, Miss” is a social satire about the plight of contractual workers in the Philippines.

Short Synopsis:
Vangie, a miserable contractual sales lady, is about to lose her job. But in her desperate attempt to convince her boss not to sack her, Vangie uncovers the ultimate jaw-dropping secret to regularization.

Directors’ Profile: SONNY CALVENTO is a director, writer and producer. He was a fellow of the Hanoi International Film Festival Directing and Producing Talent Campus 2017 where he was awarded Best Talent in Directing and Producing. His first feature, “Nabubulok,” was part of the 13th Cinemalaya Philippine Independent Film Festival and eventually premiered in Busan International Film Festival and 12 other countries. He produced “John Denver Trending,” which premiered and won Best Film at the 15th Cinemalaya Film Festival. He wrote the screenplay of “The Gospel Of The Beast,” an upcoming film from Black Sheep and Southern Lantern Studios. “Excuse Me, Miss, Miss, Miss” is his first short film.

Directors’ Notes:  “Excuse Me Miss, Miss, Miss” is the story of the common Filipino. S/he wakes up every day at 4 AM, waits in queues for 2 hours just to ride the metro, works for 12 hours, waits in queues for another 2 hours just to ride the metro to go home, get a decent sleep for 4 hours, and wakes up at 4 AM again to continue with the monotony of their lives for six months – six months because most of these workers are only under contract for a short period. This practice is called “endo” or short for end-of-contract. Big companies hire workers only for six months so they cannot be forced to regularize them, and that means only paying these workers the very minimum wage. This also means big savings for the company while leaving these workers struggling again to find another job.

With this ordeal, one really sometimes asks: when will this agony end? How can you prove the gods that you are worth keeping in their companies? This film might have the answer but its absurdity is disheartening.