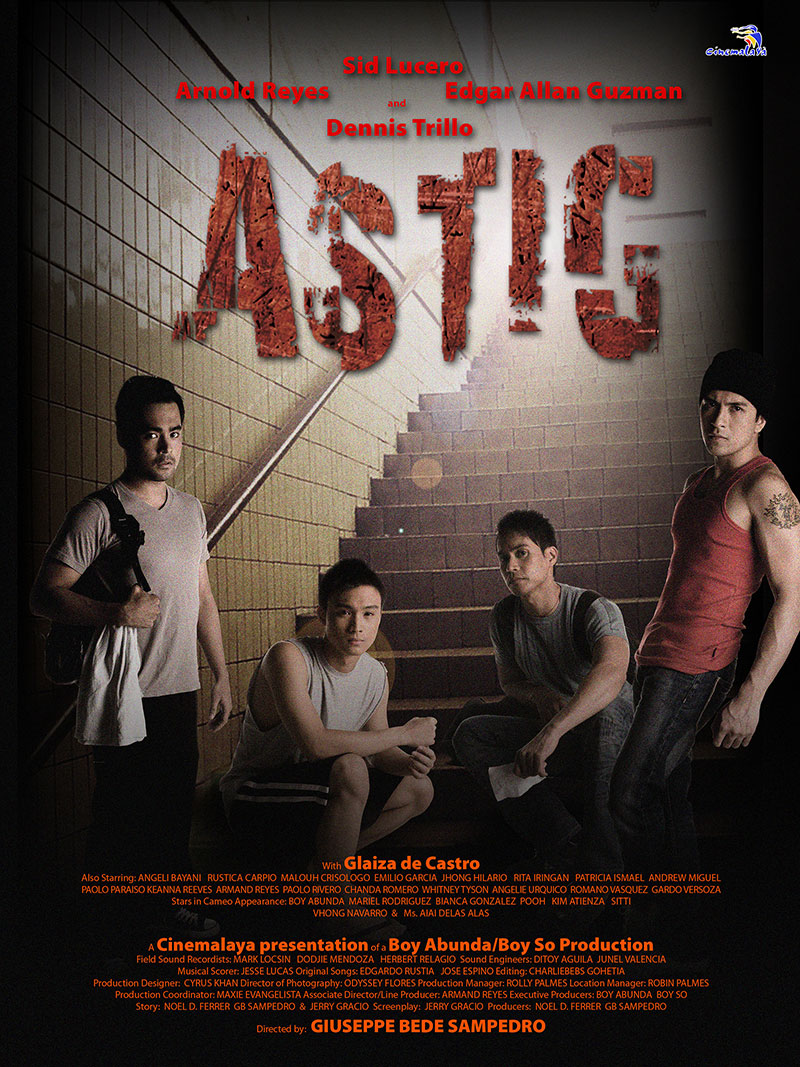 Astig focuses on four young men whose stories run parallel and contrast with the landmarks and various images of Manila. It tells the story of Ariel, a con-man who has to leave his girlfriend upon learning that she is in love with him; Boy, an expectant young father who has to sell his body to pay his wife’s hospital bill; Ronald, a Chinese mestizo who is coming to grips with his identity; and Baste, an overly protective son of an OFW 136 137 who has to avenge his sister. The film tells the stories of the tough guys of Manila and their resolve to survive the dirt and filth of the “Distinguished and Ever Loyal City.”