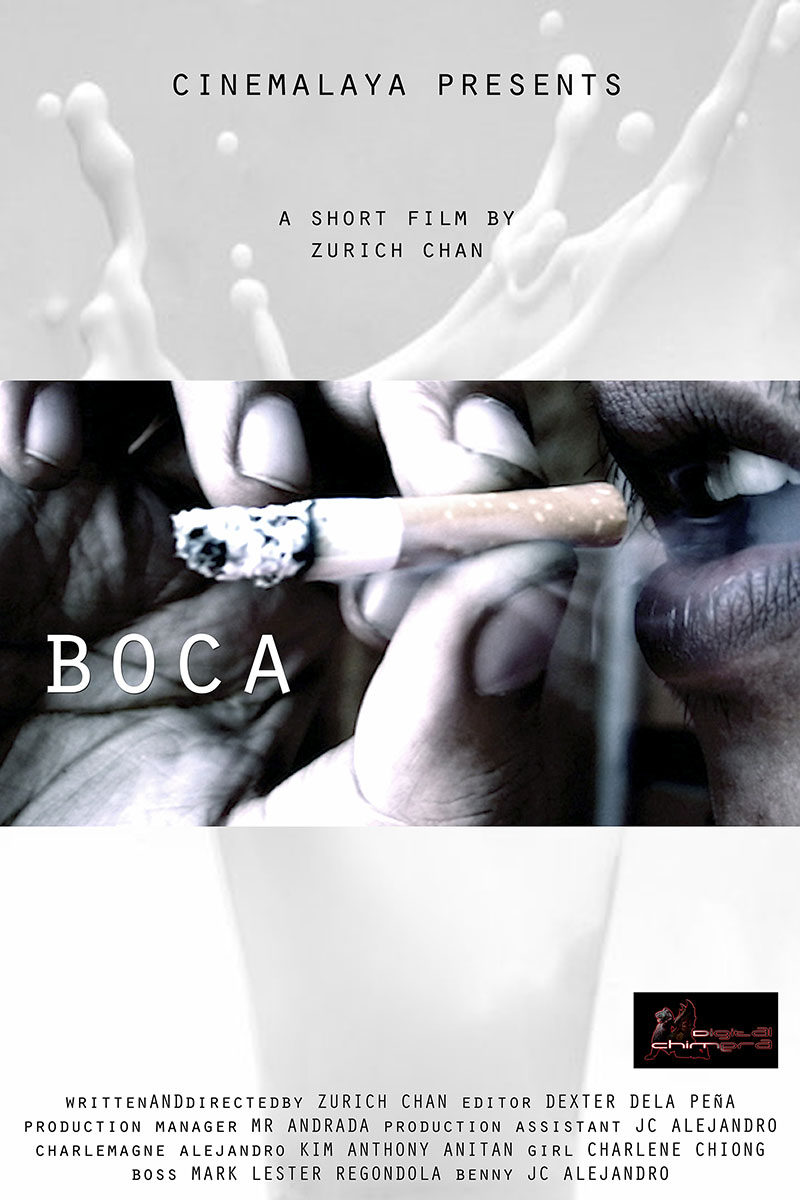 LOGLINE
Boca is the story of Charlemagne Alejandro who has an oral fixation. He lost his mother when he was only three months old. Now a grown man, he compensates the lack of motherly love with chain smoking. He doesn’t think much of his job and spends most of his free time in his favorite spot in front of a convenience store, smoking. Out of the monotony of the life he leads, he eventually finds something better to do with his lips than to smoke.