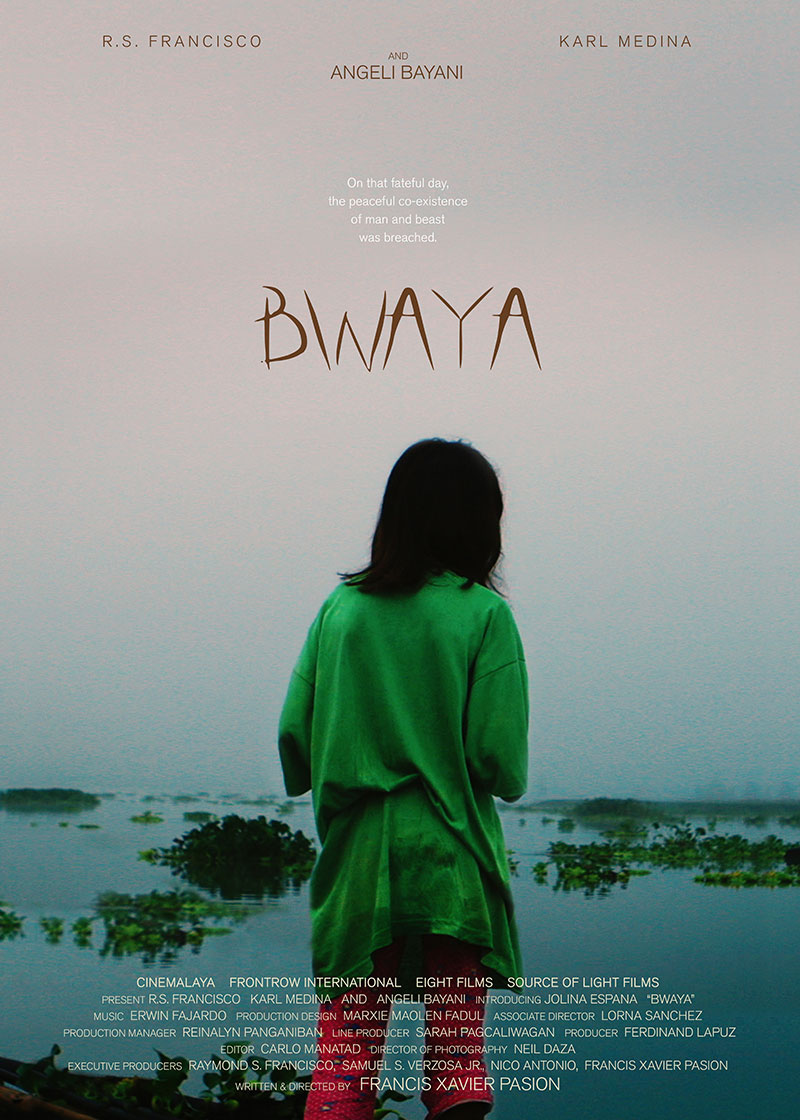 Bwaya is a Tagalog word which literally means “crocodile”. The term is also currently used to refer to corrupt individuals, usually politicians. It also connotes greed. The film is based on a true-to-life account of an incident in 2009 when a 12 year old girl was attacked and killed by a crocodile in the mashlands of Agusan del Sur. The Agusan marshland is the largest catch water basin in the Philippines and home to the Manobo tribe. The Manobos have for generations lived in the marshlands, co-existing with the flora and fauna in the area. They have also accepted the fact that some of the waters are inhabited by salt water crocodiles, the largest species of crocodiles. For many years, the Manobos practiced their tradition of respecting the environment. They observe offering sacrifices to the entities and to the crocodiles that live amongst them. But this harmonious co-existence was breached on March of 2009 as it marked the first and only incident where a human was attacked by a crocodile. The news quickly spread and a new legend was born among the Manobos.