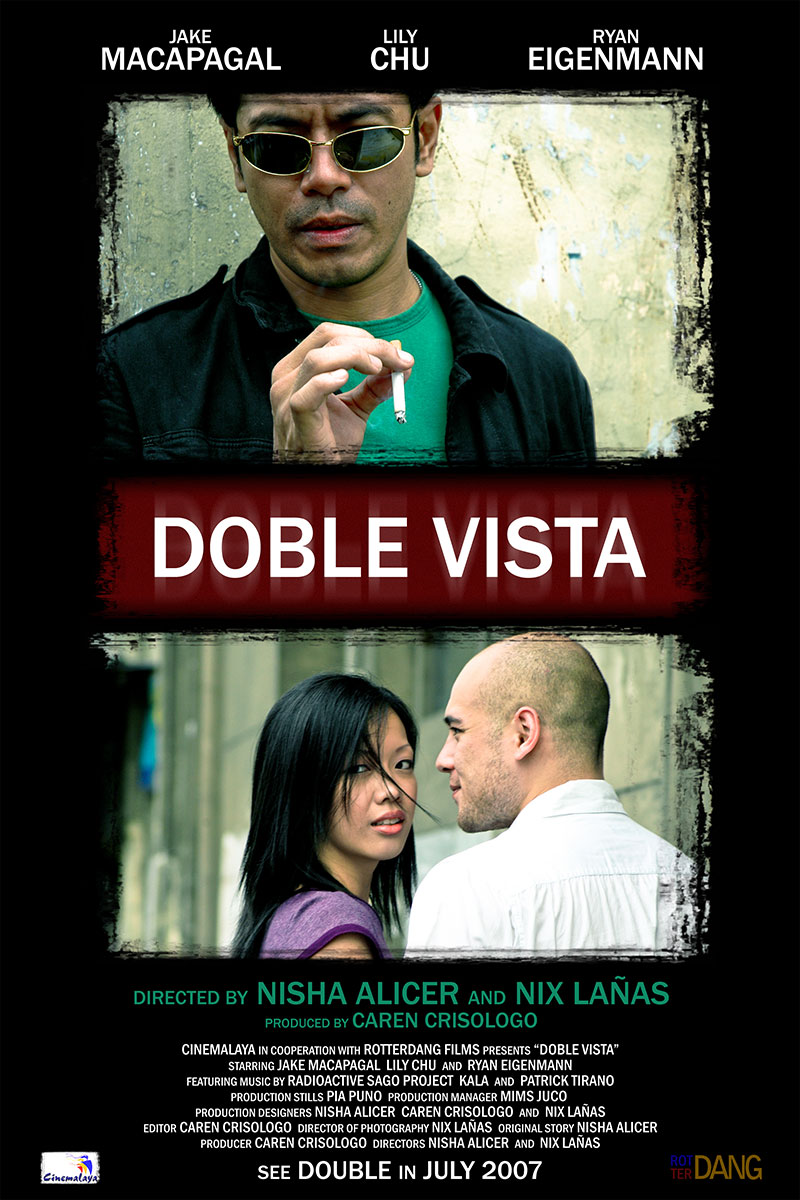 Doble Vista begins where the relationship between writer-videographer Javier and Lola, his object of romance, meets its end. The film explores a metafictional treatment taking its influences from Peter Wollen’s definition of CounterCinema as best exemplified by the films of Jean-Luc Godard.