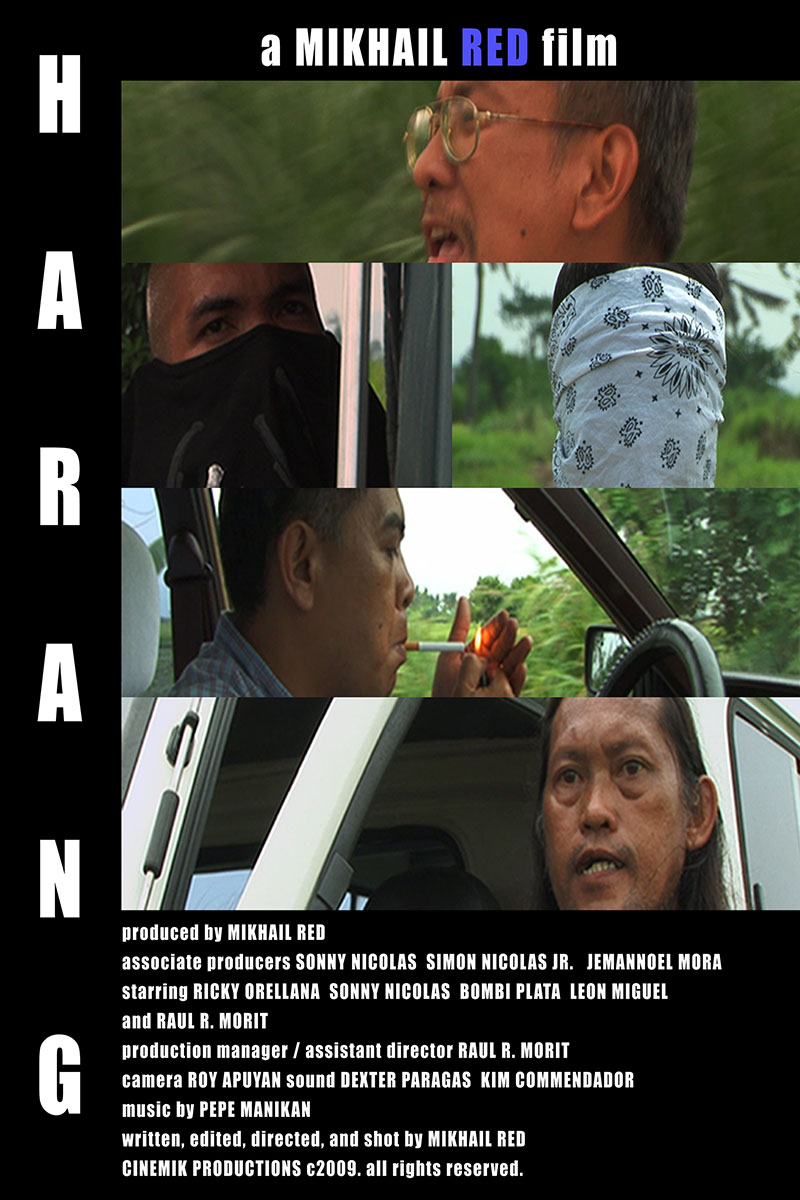 Headed to the city, a man drives his jeep along an isolated rural road. He soon encounters a series of strange obstacles and barriers that will challenge him throughout his journey. As several surreal events begin to unfold, he meets a few characters along the way. His isolation transforms into desolation as the people he meets appear to be hostile towards him despite his honest intentions. Slowly, he loses his innocence as he adapts to this unfamiliar and deceitful environment. Struggling for his survival every step of the way, he eventually reaches his destination, the city’s outer limits; however, the very core of his being has been twisted as a result of his experiences. When he finally stands at the boundary between the city and the vast nothingness behind him, he yet again faces another barrier, a question he asks himself… which side is the true wasteland?