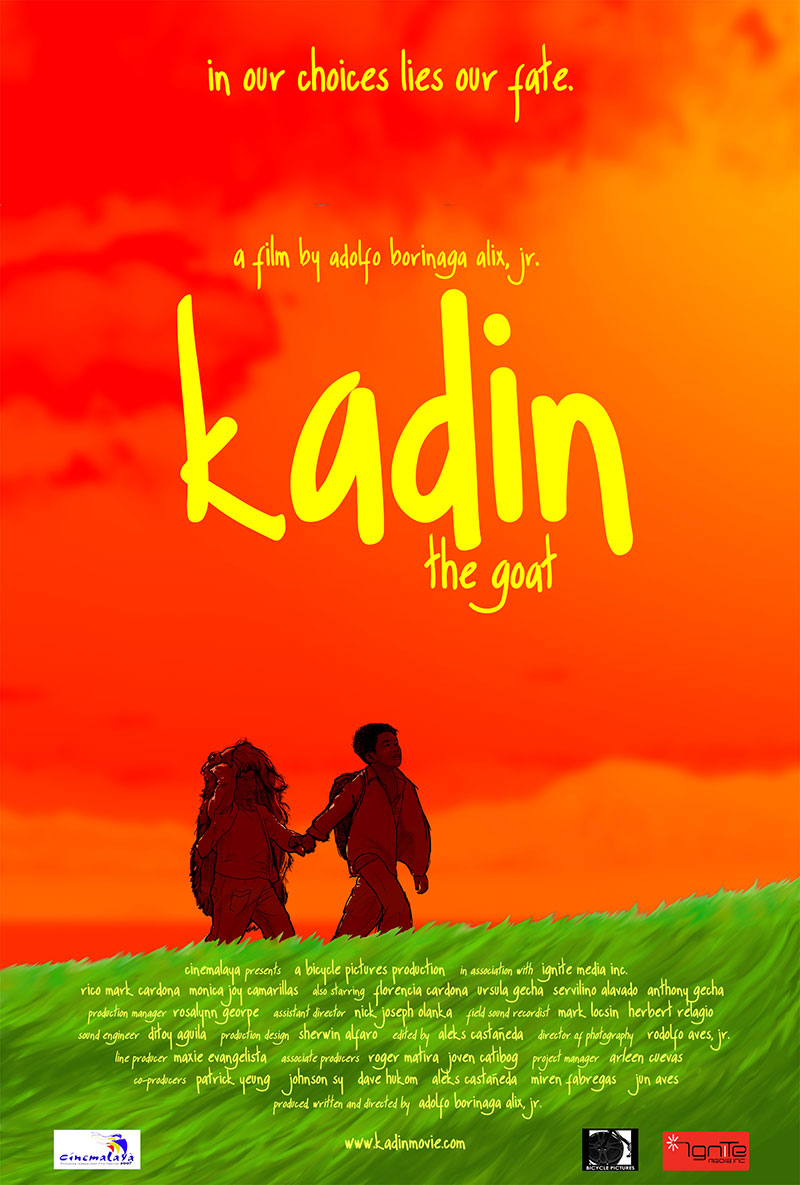 In the small Ivatan village of Chavayan in Sabtang, Batanes, the townsfolk gather before sunrise to perform the paypatawen ritual to open the fishing season. A pig is sacrificed in order to please the spirits to guarantee an abundant catch. The shaman looks at the internal organs of the offering. He warns the folks about the scarcity in the coming season. That same day, Peping wakes up to find out that Gima, their kadin (goat), is missing. His family makes a living out of the milk produced by Gima. He hides the truth from his grandmother. Together with his younger sister Lita, the two go on a seemingly impossible search. A series of frustrating episodes marks the day, tension and desperation growing as natural and human forces conspire to frustrate them at every turn. The odyssey teaches the boy about the true meaning of life – where kindness and cruelty can be found in close proximity.