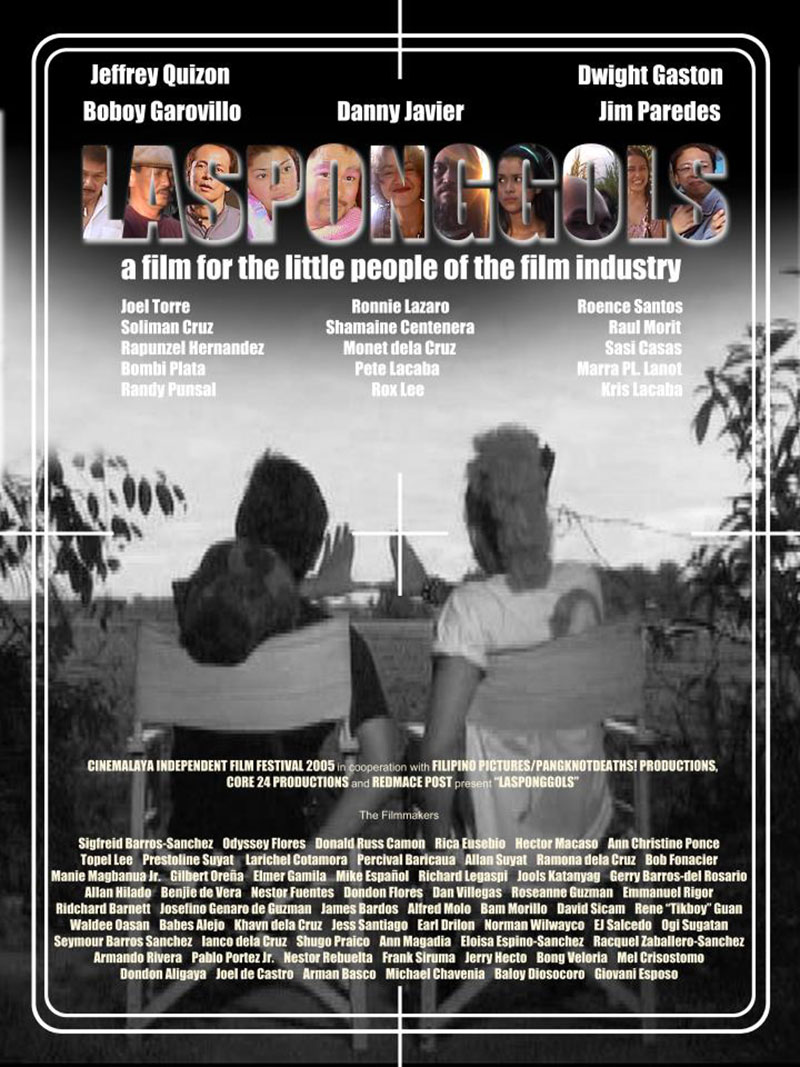 Lasponggols is a black comedy which focuses on two filmmakers, Raffy, the clapper, and Dido, a utility boy. Both share the same dream: to direct their own films someday. Their lives as mere “small production people,” take a different turn when, together with the people in the unit van they are riding, have an encounter with armed men. Their co-workers get killed and they end up in a secluded barrio not yet reached by modern technologyand, therefore, the townsfolk know nothing of the movie industry. The two pretend to be famous directors, Erik Matti and John Red, and tell the people that they are looking for actors for the movie they are going to shoot. This makes the barrio people enthusiastic until everyone—from the village idiot to the village head—insists to be included in the supposed “film.” The barrio suddenly becomes a “microcosm” of the film industry.