MIENTRAS SU DURMIDA (As He Sleeps) 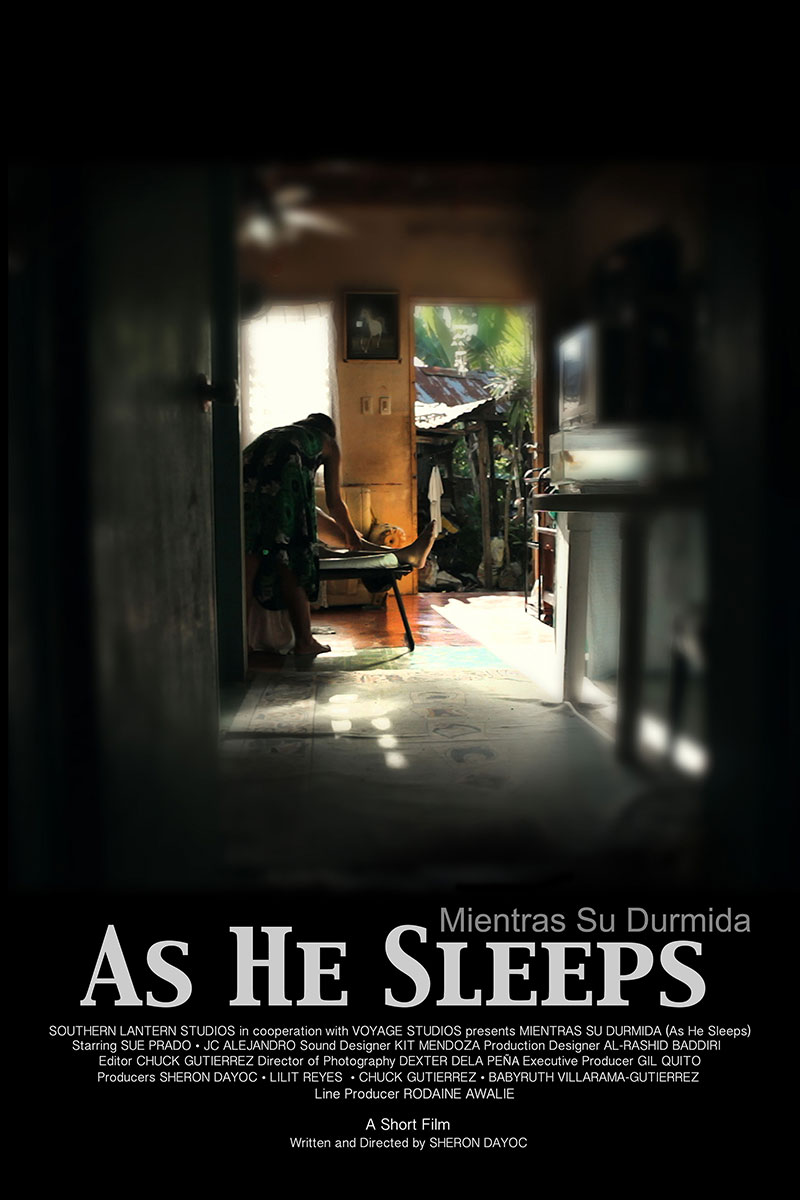 It is part of the belief of Filipinos that when a person dies one can whisper and send his wishes to the dead. The film is about a In sickness and in health, should marriage really be an unconditional partnership never tobe broken? Christina, in her 30s, is married to Hector who is paralyzed and therefore physically unable to consummate their marriage. She wants to liberate herself from a sexless union. But her love for Hector and her commitment to him coupled with the dictates of her faith and marital vows, her sympathy and care for her husband keep her in a “cage of marriage,” where she suffers in melancholic solitude, yet contemplates freedom and rediscovering her true worth.