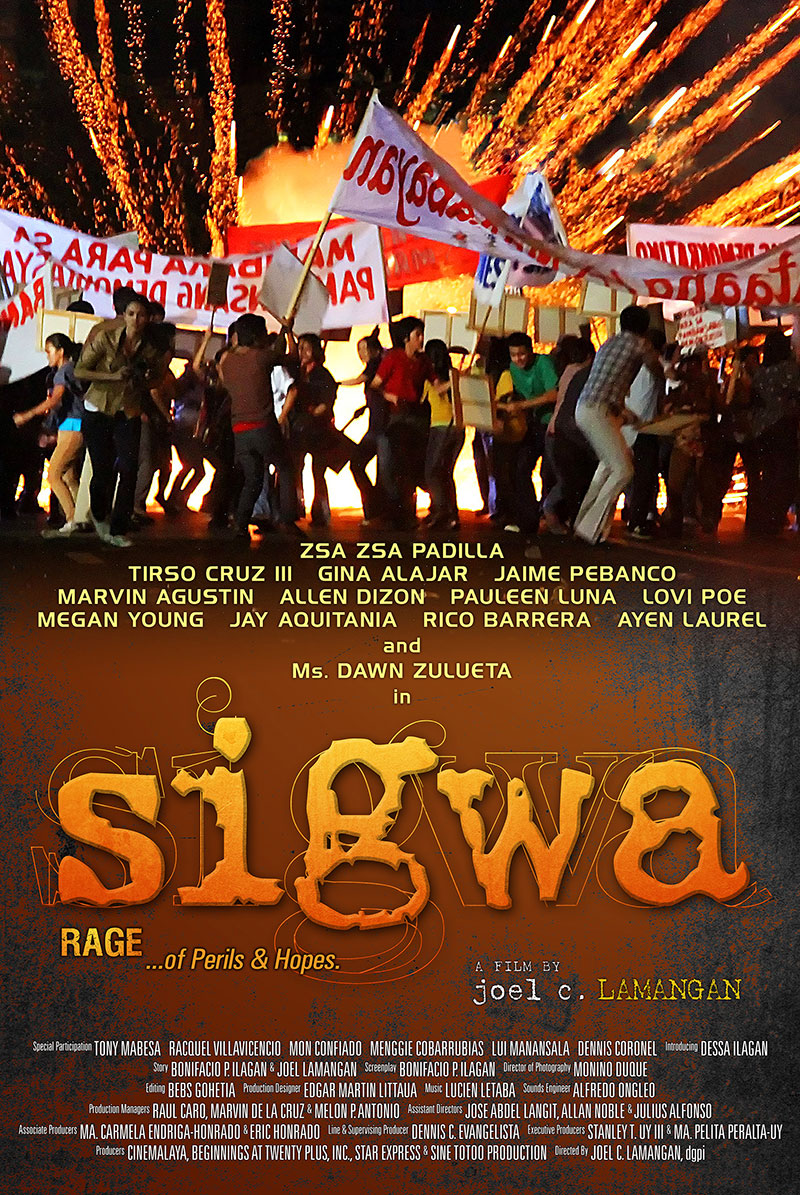 “Sigwa”, meaning “storm”, spans 40 years of Philippine social unrest. The story is initially told by Fil-Am Dolly, a junior correspondent of a US magazine, who is sent to the Philippines in 1970 to do a story on student activism in Manila. Today, she returns after being arrested and deported in 1975, the third year of martial law. Her mission is personal this time: to look for her daughter, who was supposed to have died 35 years ago, but who, she has been told, is alive. The film, being a composite of the stories of Dolly and each one of her former activist collective, is revealed fragment by fragment, as she surprises them by her unannounced presence.