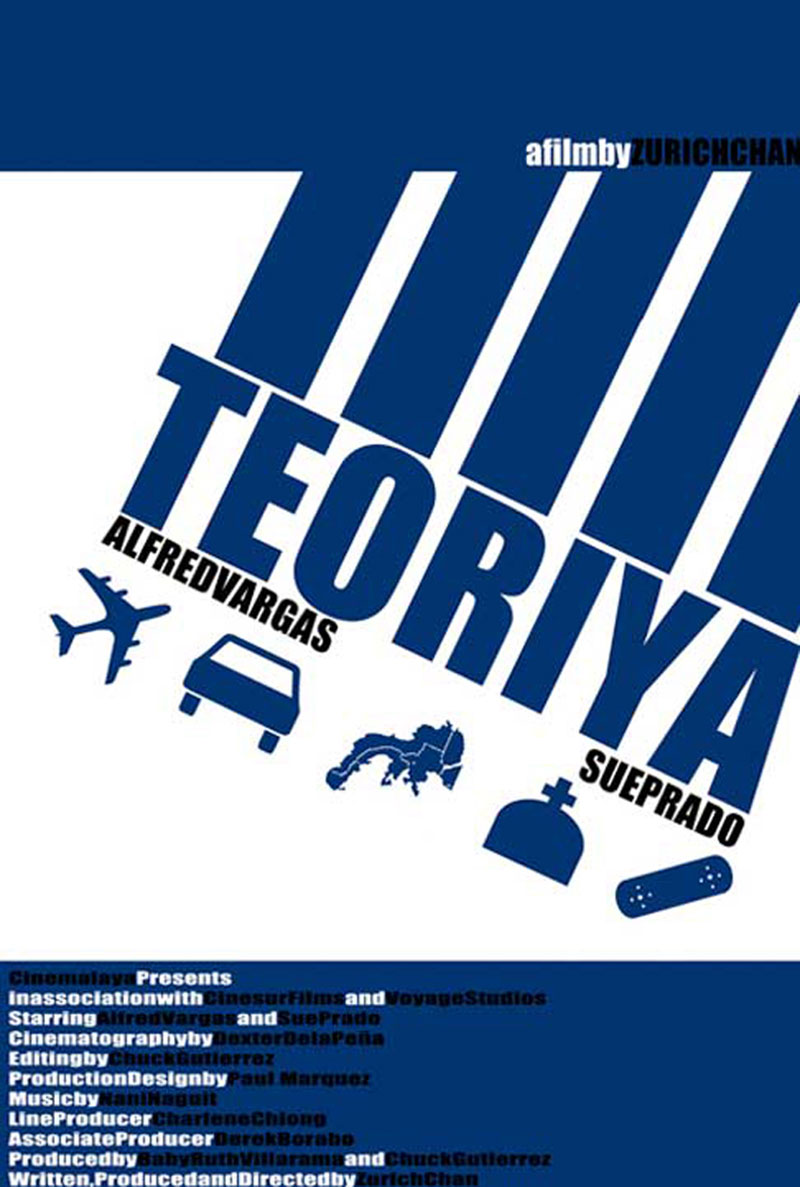 Teoriya is a story about loss that centers on the film’s main character, Jimmuel Apostol II. After hearing the news that his father has passed away, Jim goes back home to Zamboanga City after leaving ten years ago in bad terms with his father. He arrives in Zamboanga only to find that his father has already been buried and he doesn’t know where the burial site is. Jim takes a journey around the Zamboanga peninsula and ultimately into his own selfand, in the process,finds the missing piece of his life.