A House in Pieces 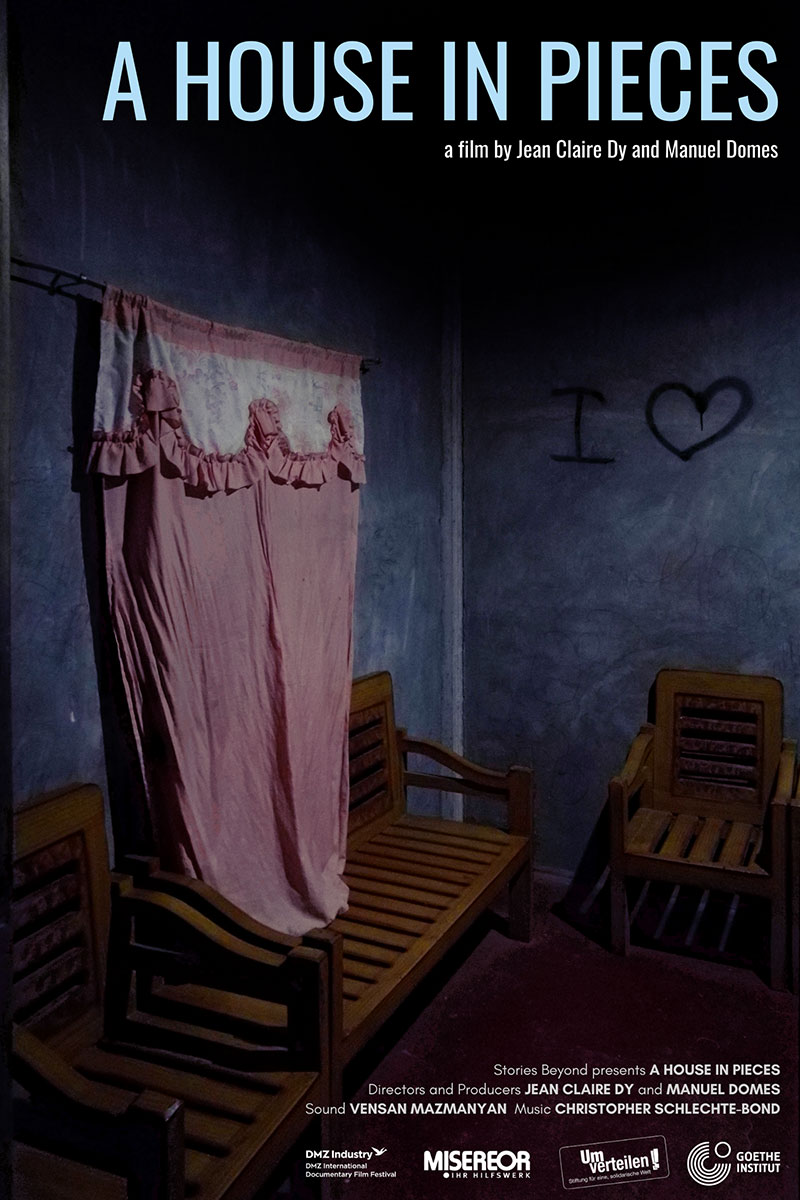 Synopsis
A war between the government and ISIS-affiliated jihadists forced hundreds of thousands to flee from Marawi, Philippines. After the battle, residents struggle to rebuild their homes and lives in a deformed city.

Displaced couple Yusop and Farhanna and their children yearn for freedom, income and comfort after returning to their city. But even to return to normalcy is already a struggle. Nancy, a once wealthy woman, has to cope with her loss of home in an evacuation shelter where she will have to remain for years. An anonymous driver with striking insights shuttles back and forth between places and stories around a city which will never be the same again.

The film accompanies its protagonists for two years through fear, worry, and hope, towards a new beginning on their long journey.

A House in Pieces was awarded the Golden Hercules Award from the Kasseler Dokfest in Germany in 2020. It was also awarded a grant from the DMZ International Documentary Film Festival where it also screened last year. The film has been screened in other international and local festivals. 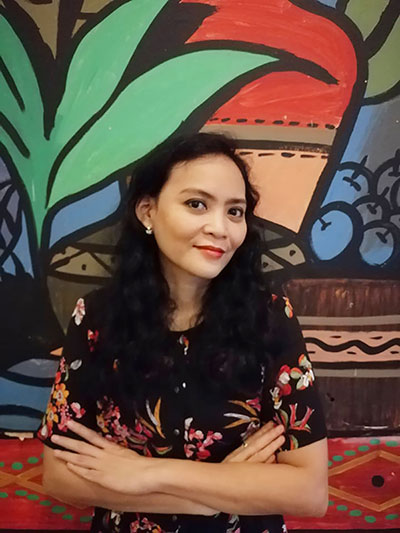 JEAN CLAIRE DY is a Filipino-Chinese filmmaker, media artist, writer, and educator from Mindanao. She is the founder and head of Stories Beyond (www.stories-beyond.com), an audio-visual production initiative that envisions to tell restorative and transformative narratives of communities beyond the single story. She holds a Master of Arts degree in Media Studies and Film from the New School in New York City under the Ford Foundation International Fellowships Program. She currently is an Assistant Professor in the Media Studies program of the University of the Philippines Visayas.

Her recent documentary film A House in Pieces was awarded the Golden Hercules Award at the Kasseler Dokfest in Germany in 2020. In the past, she has received international and local grants for filmmaking and writing. Recently, she was chosen as a fellow in the Connection Stories Program of the Scottish Documentary Institute. She also just finished an artist residency from the Belgrade Arts Studio. Claire’s films and video pieces have been screened in international as well as domestic festivals and exhibitions. Her literary works have been published in major publications. 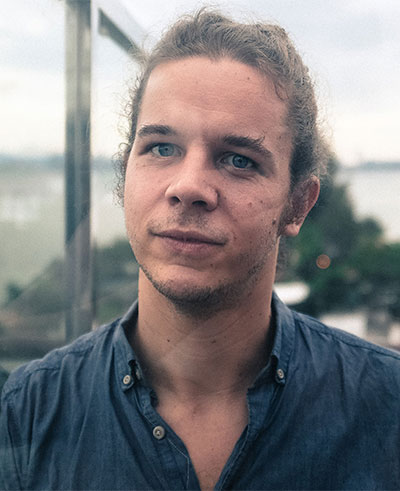 Co-director, cinematographer, and editor MANUEL DOMES is a filmmaker from Germany, standing on a second leg in the Philippines. Before embarking fully on his second career as a documentary filmmaker in 2017, Manuel has worked on conflict transformation projects in Mindanao, Philippines for different international organizations. With the German NGO forumZFD, he produced a collective film platform that supported dialogue between Mindanao and the National Capital Region through films.

As a filmmaker, Domes is interested in the intersections of conflict, identity, and migration. Domes received an MA in International Relations from Free University Berlin and a BA in Political Science from University of Bremen. Domes also completed a professional certification as a peace and conflict consultant, a diploma in Photojournalism from the Ateneo de Manila University, and was enrolled in the MA in Media Studies (Film) at the University of the Philippines.