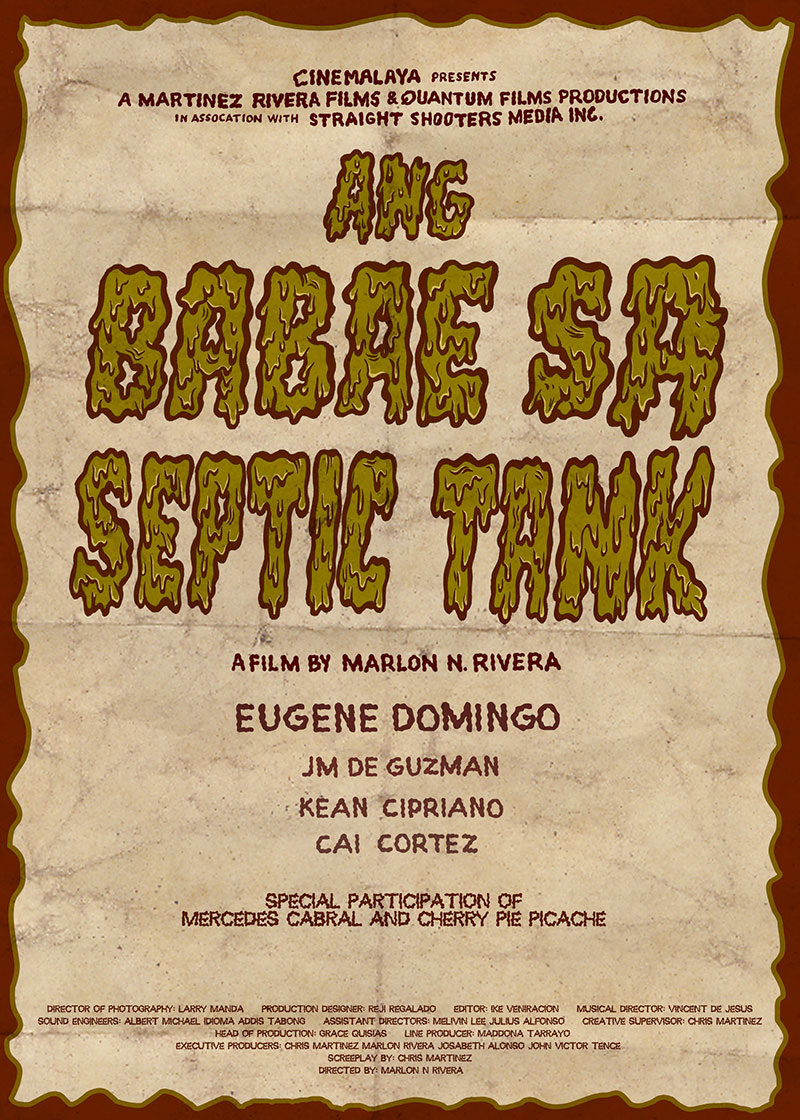 Ang Babaesa Septic Tank chronicles a day in the life of three ambitious, passionate but misguided filmmakers as they set out to do a quick pre-prod at Starbucks, a courtesy call to their lead actress Eugene Domingo, and an ocular inspection of their film’s major location, the Payatas dumpsite. For their last task of the day, they visit the dumpsite for the first time. As filmmakers gunning for authenticity, they get excited with the ”beauty” of the squalor around them. Soon enough, they are faced with reality as they come face-to-face with the real effects of their chosen subject. Ang Babaesa Septic Tank is a comedy about misguided ambitions, the art of making art and the romanticizing of poverty. It is a gritty, no frills neo-realist film, a glossy musical, an over-the-top melodrama and a docu-drama.