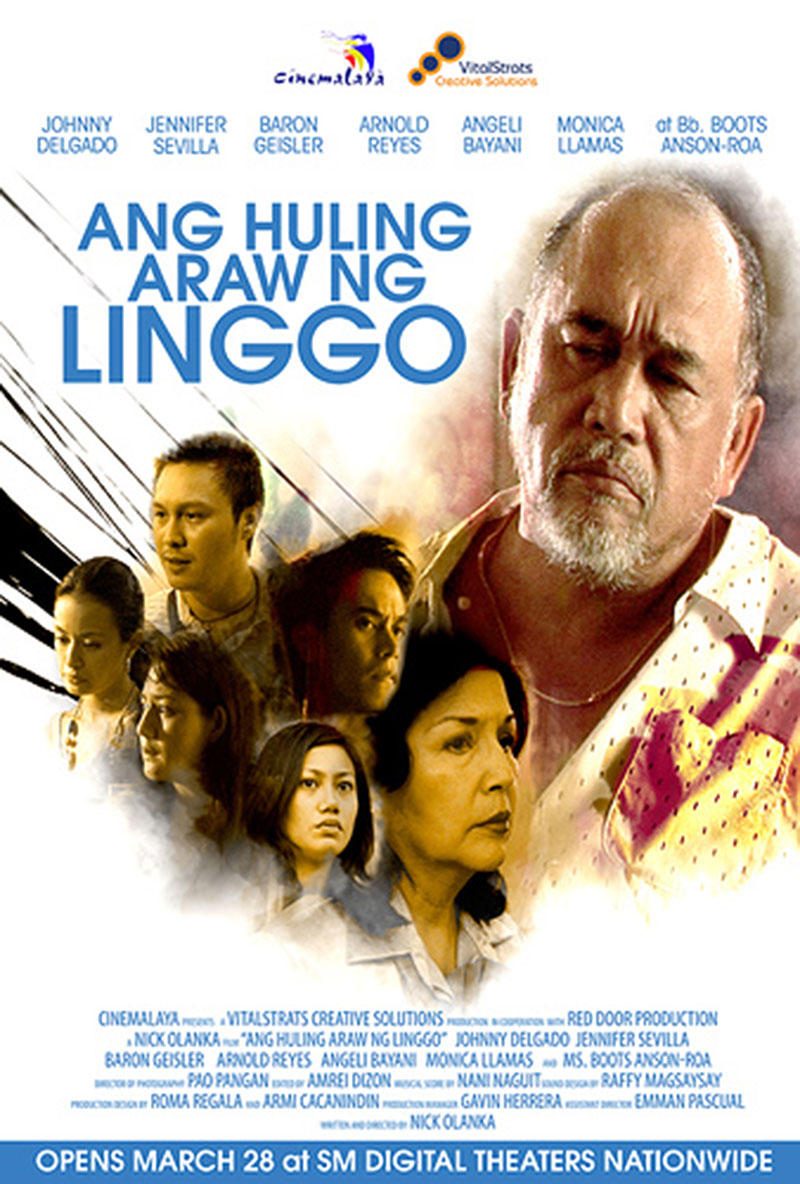 Ang Huling Araw ng Linggo is a story of seven individuals told in an interweaving manner. Domeng is waiting inside the church; Luna is in tears while reading a letter; Aling Maritess is kissing a young man’s chest; Kulas is exchanging blows with his manager; Julie is following a man entering a house; Bryan is breaking into a safe; and Sally is approaching Domeng with a gun in her hand inside the church. The film begins and ends with the same scene, showing life as a cycle of random events in which decisions made are as important as the choices not taken.