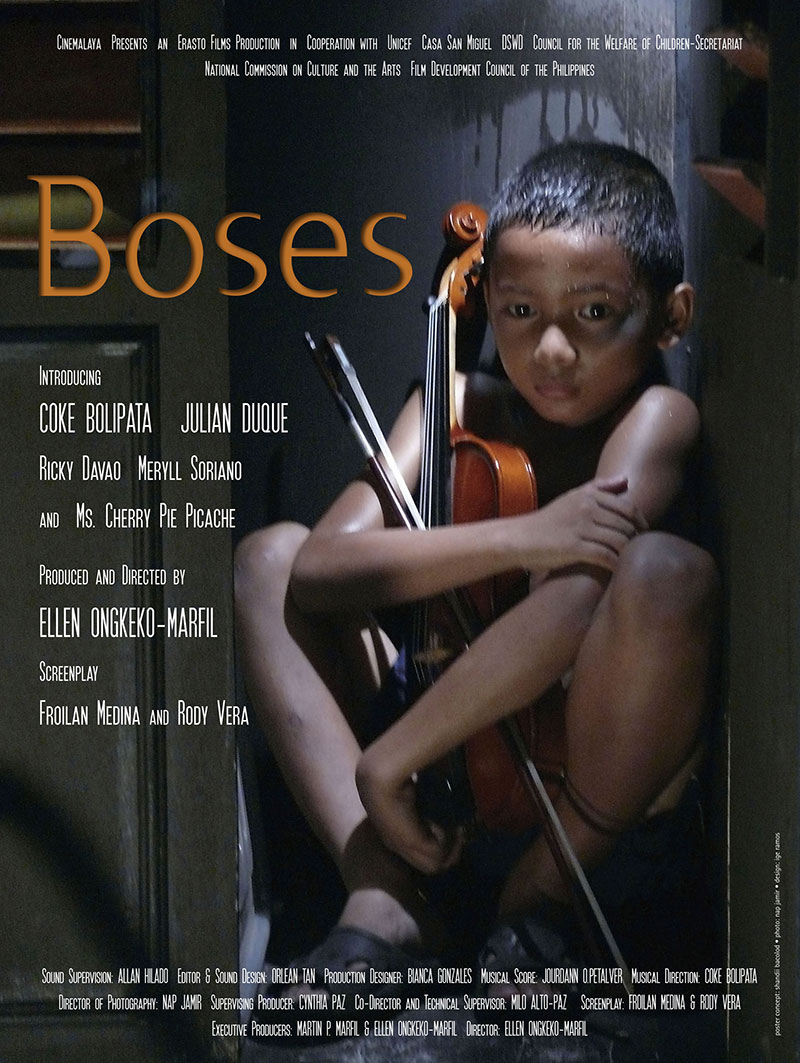 Boses is the story of a musician who regains his humanity by giving violin lessons to a child of the slums who, in turn, is able to get back his voice from a muted, abused and desensitized existence. This is a story of a wonderful friendship founded on the sublime beauty of music between a violin teacher and his student, a mute seven-year old abused child. Ariel discovers the immense talent of Onyok hiding behind a veneer of silence and pain caused by an unhappy and cruel father. In the developing relationship between teacher and student, both characters reveal more of themselves that otherwise may have remained unspoken. They discover each other’s strengths and failures by way of expressing it through the violin.