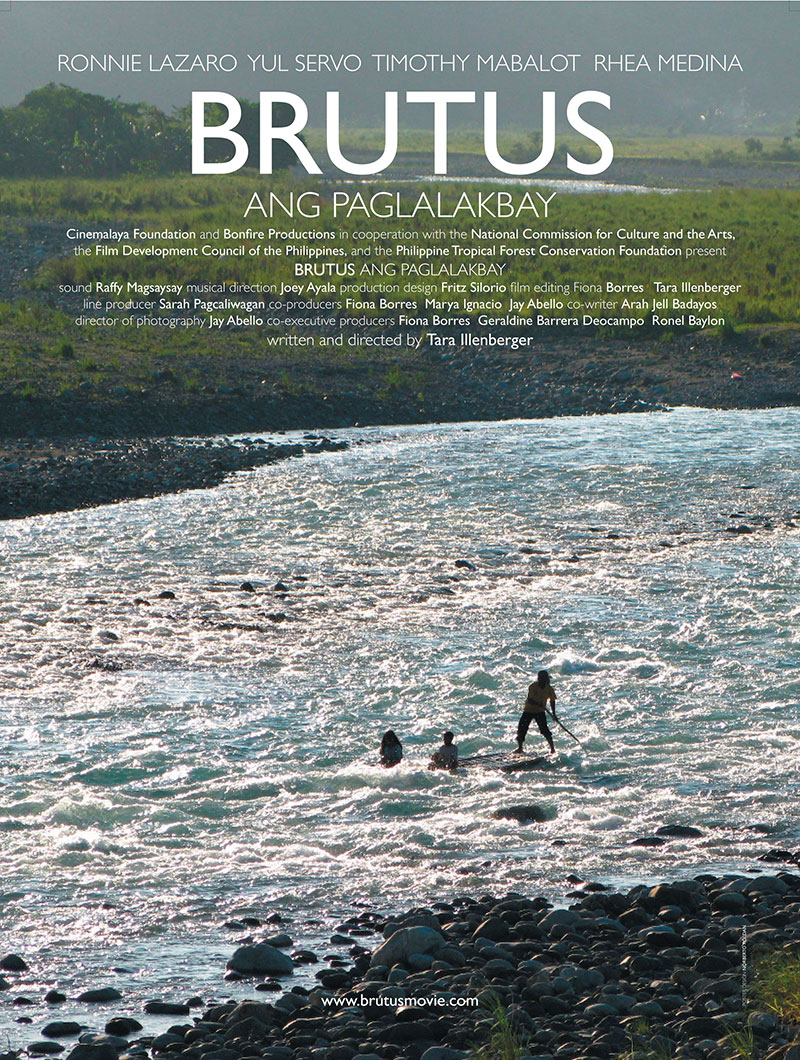 Brutus is a fictionalized retelling of environmental degradation in Mindoro. Two kids are paid by illegal loggers to smuggle wood to the lowlands. They hide them underneath a bamboo raft and float them for several days through dangerous white water. What follows is a journey that tests their friendship and their values and opens up their eyes to a world new to them – a world dictated by ideologies and material need. Ultimately they find themselves caught in the conflict between the military and the rebels. Brutus is an adventure film that has a lot to say about a vanishing culture threatened by man’s abuses. It explores the struggle of a people who aspire to live well with dignity and in harmony with nature.