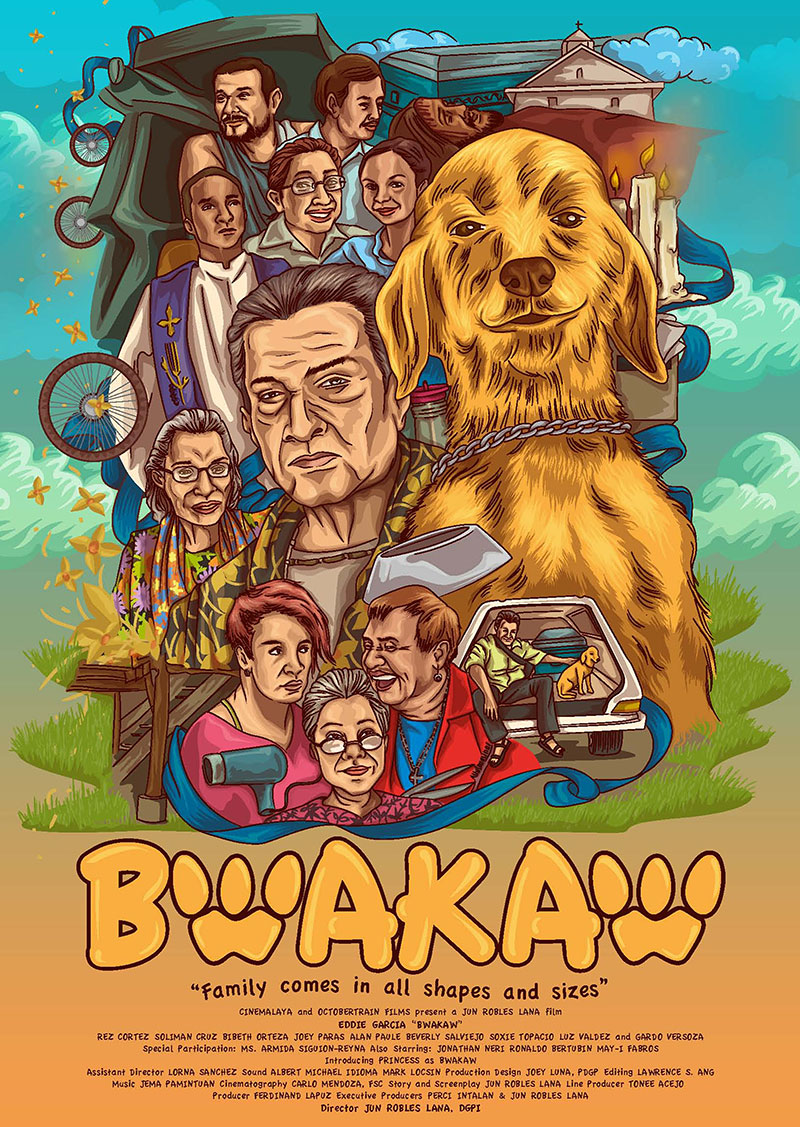 Bwakaw is about growing old and everyone’s fear of growing old alone. Rene is a gay man who comes out of the closet at age 70. Ailing in his twilight years, he thinks it is now too late for love, even companionship, and that all there is to look forward to is Death. His only companion is Bwakaw, a stray dog that hangs around his house and follows him wherever he goes. As Rene waits for the day of his death, he gets the surprise of his life when it is Bwakaw who suddenly falls ill. In his struggle to get Bwakaw cured, Rene finds comfort in the most unlikely person: Sol, a tricycle driver who helps him bring Bwakaw to the vet and befriends him. Buoyed by Sol’s friendship, Rene starts living. Little by little he discovers simple joys. One day, he finally decides to make a move on Sol. The revelation that Rene is gay and has feelings for him surprises and disgusts Sol. In the meantime, Bwakaw’s condition gets worse. Not even Rene’s ancient miraculous statue of Jesus Christ can save Bwakaw. But Bwakaw’s death makes a difference. Rene finds a new appreciation for life. He decides to unpack the things that he has already willed to other people and make his house more inhabitable. He is, after all, still alive.