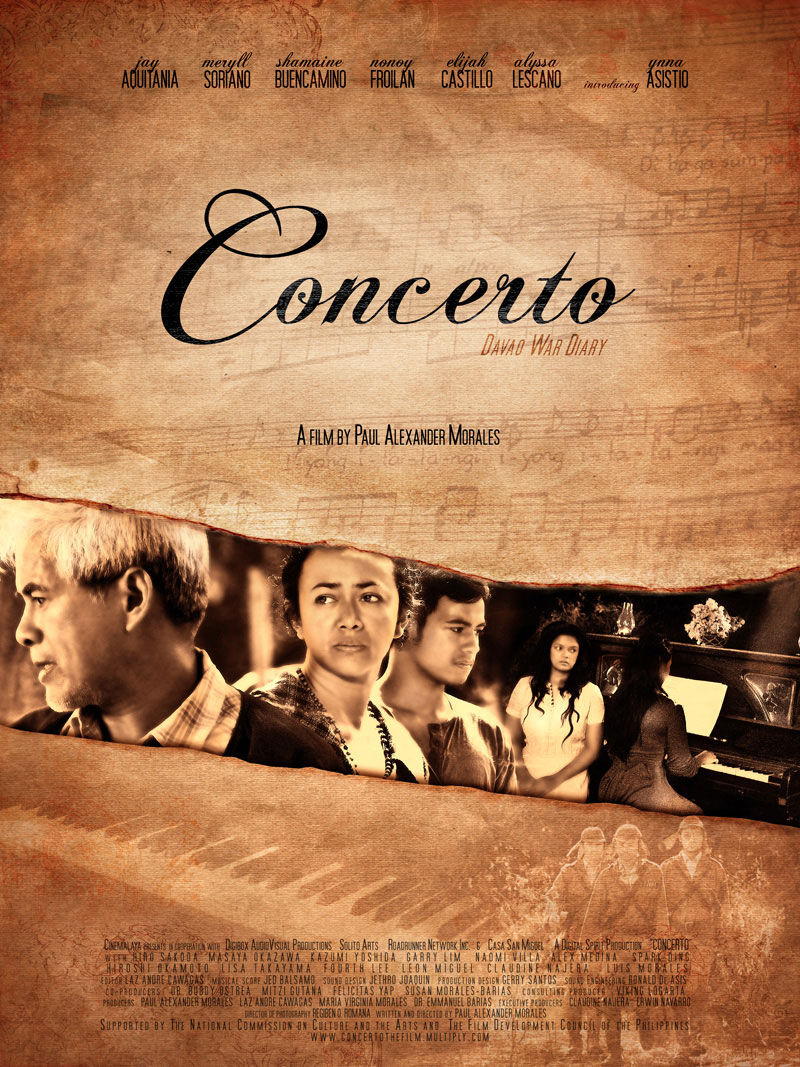 Concerto is about how, in the last part of WW II, a special piano concert is held in the forest outside Davao City, in Mindanao. In the boondocks, a displaced Filipino family, led by former Military Commander Ricardo and his wife Julia, become acquainted with a group of Japanese officers, similarly camped nearby. Their son Joselito, who speaks Nihonggo, becomes the conduit with the neighboring Japanese. Their daughter Nina, an aspiring concert pianist and the musically-giftedMaria, who is able to play by ear, are alternately repulsed and intrigued as the family treads the thin line between enmity and friendship. Based on true stories from the director’s own family history, Concerto celebrates how a family’s reverence for life, expressed through their love for music and friendship, can survive war, and shows how beauty and compassiongrow in even the harshest of conditions.