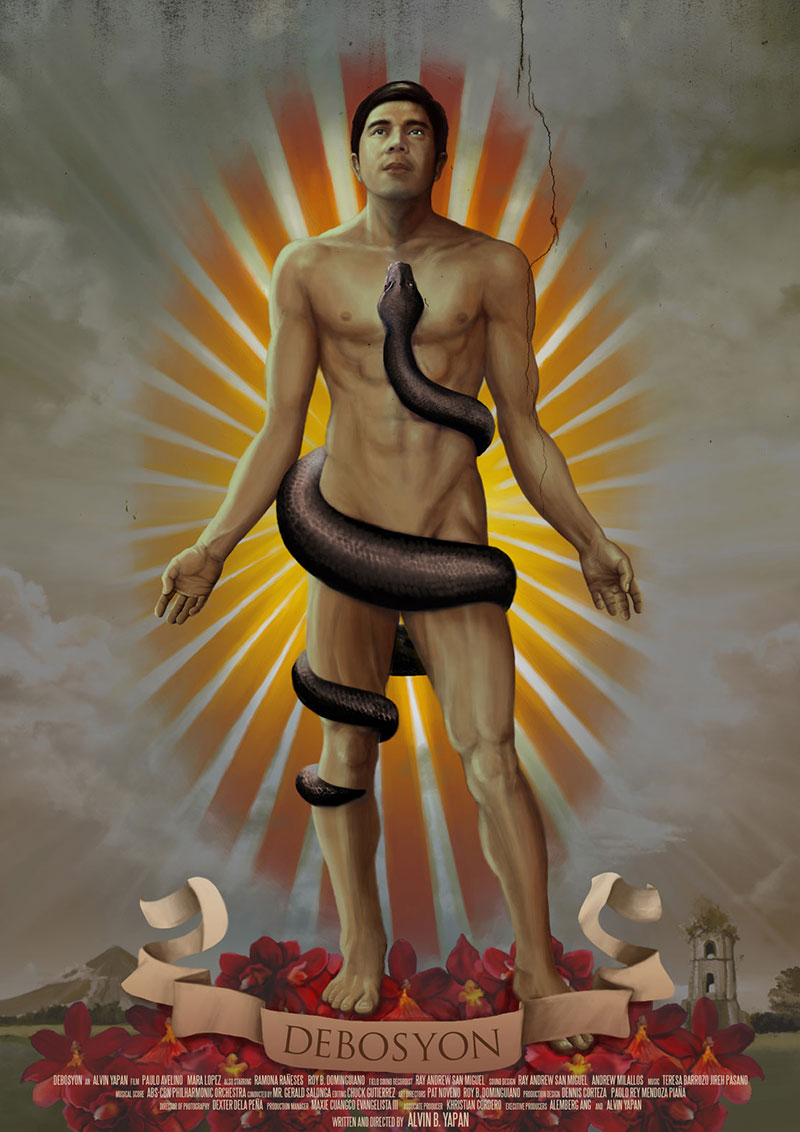 Mando, a Bikolano devotee of Ina, the Virgin of Peñafrancia, Patroness of Bikolandia, injures himself in the middle of the forest at the foot of Mayon Volcano. He is nursed back to health by a mysterious woman, Salome, living there. They fall in love with each other. But when Mando invites her to come with him to the plains, Salome refuses, saying a curse prohibits her from leaving the forest. Salome holds a secret that will devastate Mando’s love for her. Mando relies on his devotion to the Virgin of Peñafrancia to lift the curse, making him realize just how inextricably linked are the virtues of love and faith.