ISDA (Fable Of The Fish) 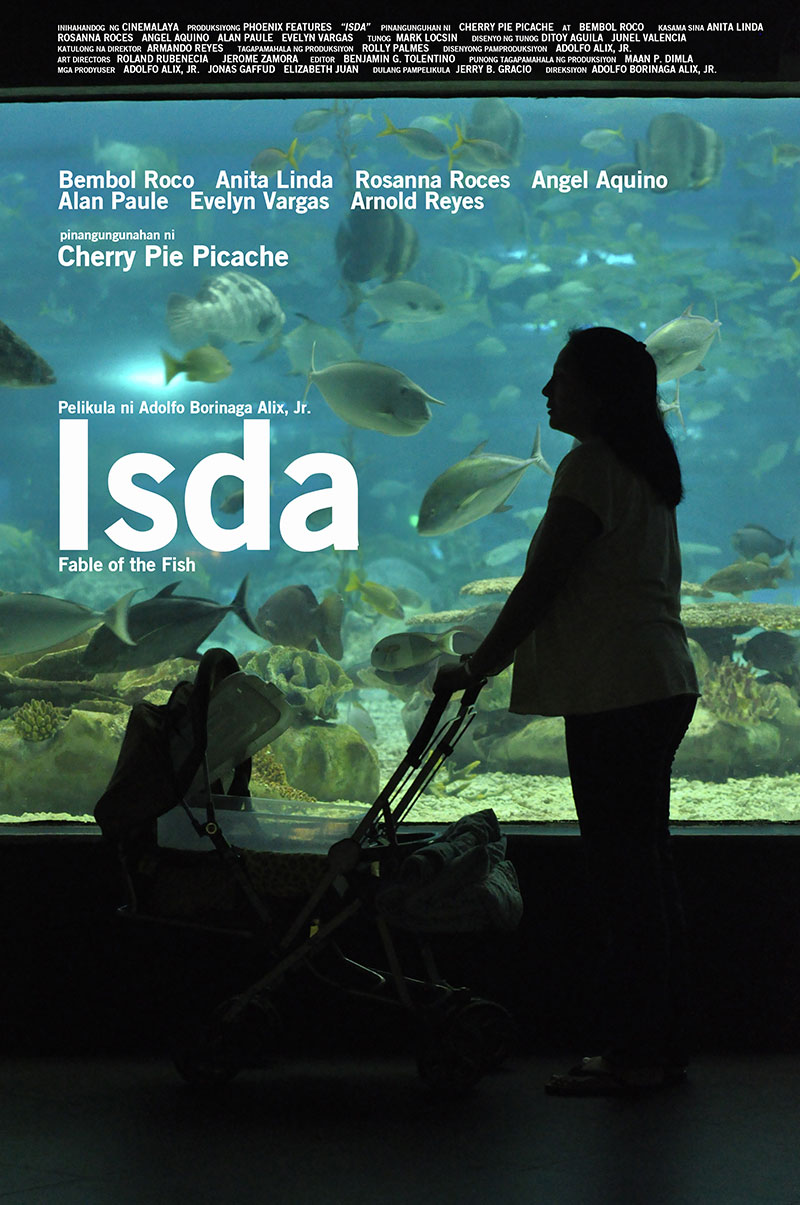 A couple, Lina and Miguel, move into a dumpsite inMalabon from Pangasinan. As they adjust to their new abode and surroundings, Lina’s longing to have a child of her own intensifies. Miguel finds a job in a local ice plant while Lina goes with neighbor-scavengers in the nearby dumpsite. But when Miguel gets sick and loses his job, he joins his wife in scavenging. Lina finds a burned image of St. Peregrine in the dumpsite and keeps it. Then one day, the news spreads quickly that Lina is pregnant. When her belly has swollen bigger, Lina gets out of her hut to show the world how a fulfilled woman she is. Miguel is a more loving husband than ever. In the middle of a storm, Lina gives birth. Those who witness it are shocked – her child is a fish. Lina embraces what has happened and treats the fish as her real son. What unfolds is a fable that questions the needs and compromises of a real family.