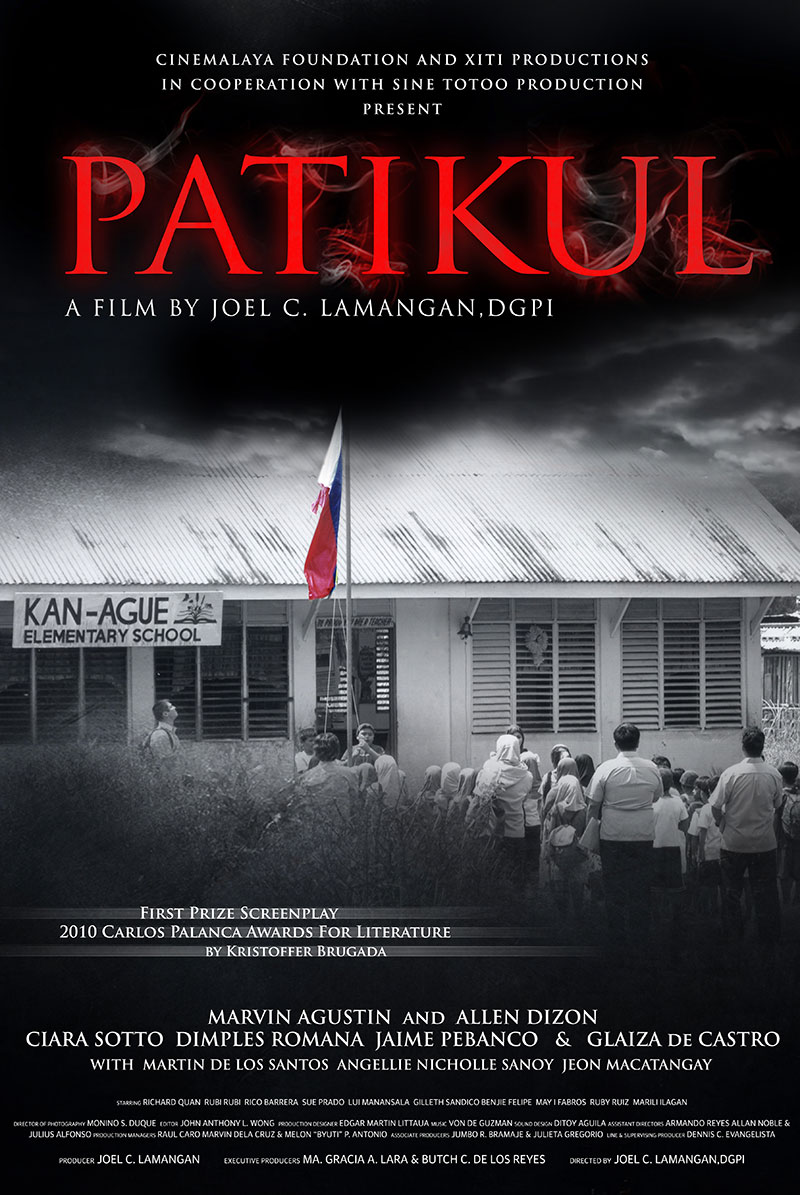 LOGLINE
The long-standing conflict between the military forces and the rebel group Abu Sayaff has severely ravaged the poor town of Patikul in Sulu. Residents have become so accustomed to the armed clashes that reports of kidnappings and recruitment of young Tausugs to join the rebel groups have already become normal news to them. This situation sets the parameter for Patikul residents who value education as a means to improve the community – Amman, a coffee farmer in Sitio Kan-Ague, his son Fahad who is one of Kan-Ague Elementary School’s top students, Michael Balmes, the school principal whose constant encouragement and persistence to educate the kids in Kan-Ague gives new promise to the residents. However, this hope becomes short-lived after a relative of one of the volunteer teachers dies in an armed encounter between the army and rebels. Amman is now faced with two choices: capitulate to the brutality of war or find a way to make the teachers go back to the classrooms of Kan-Ague to teach their children once again.

ISDA (Fable Of The Fish)
Next