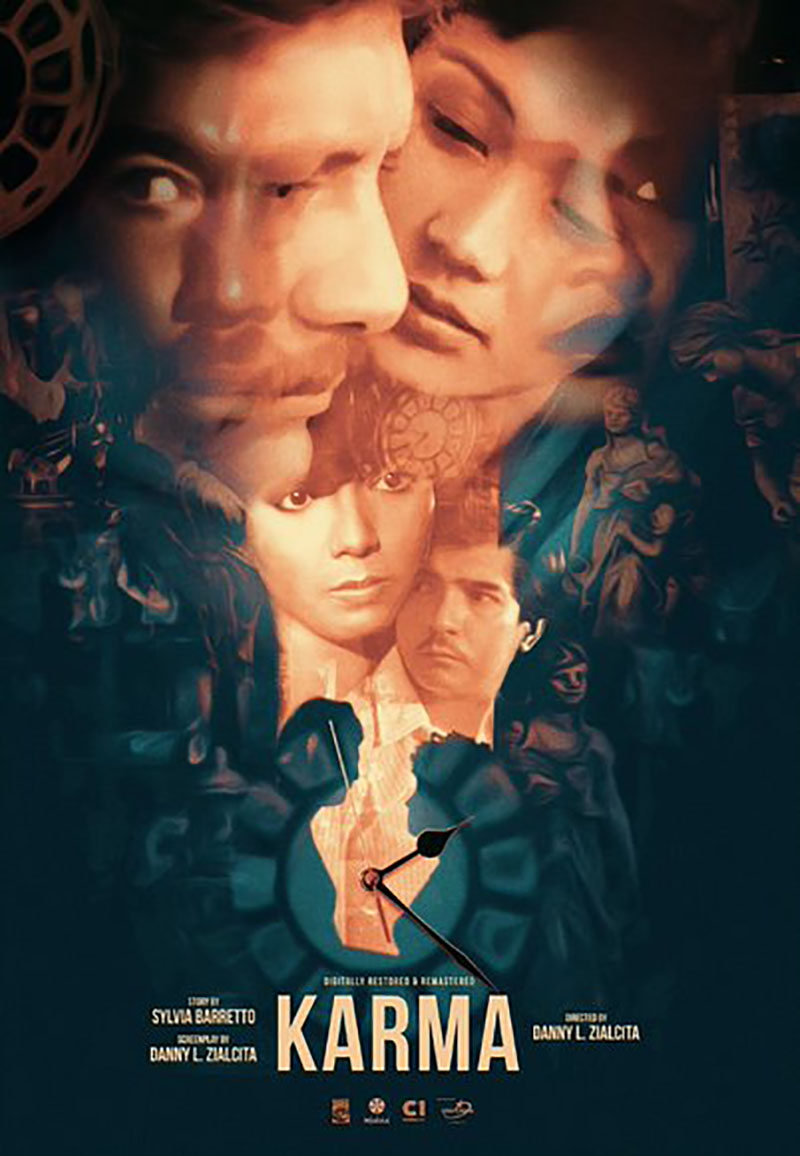 Short Synopsis:
On the eve of Sara’s (Vilma Santos) wedding, Eric (Ronaldo Valdez) mistakes her for a prostitute and forces himself on her. By a stroke of coincidence, their paths cross again at a time when their respective marriages are in disarray. Valuing the sanctity of virginity, Sara’s now husband Alfredo (Tommy Abuel) has made life a living hell for her when he found out about the rape incident while Eric’s estranged wife Cristy (Chanda Romero) has decided to cool things off by taking a break abroad. Sara and Eric’s meeting strikes both as déjà vu. They discover through a psychic that they are reincarnations of Guada and Enrico, two illicit lovers who were tragically killed by Guada’s husband, Limbo, in a fit of jealousy. Now Sarah and Eric seem destined to follow the same path. But in whose spouse does the spirit of Limbo rest?

Karma (1981) is a classic film whose restoration was made possible through the use of the best existing element, the 35 mm print held at ABS-CBN. The print, affected by halos, presented a lot of scratches and deformations. Digital restoration significantly reduced these issues. The film was scanned at 4K and digitally restored at 2K resolution with a total of 1,064 restoration hours by L’Immagine Ritrovata in 2017.

Langis at Tubig
Next