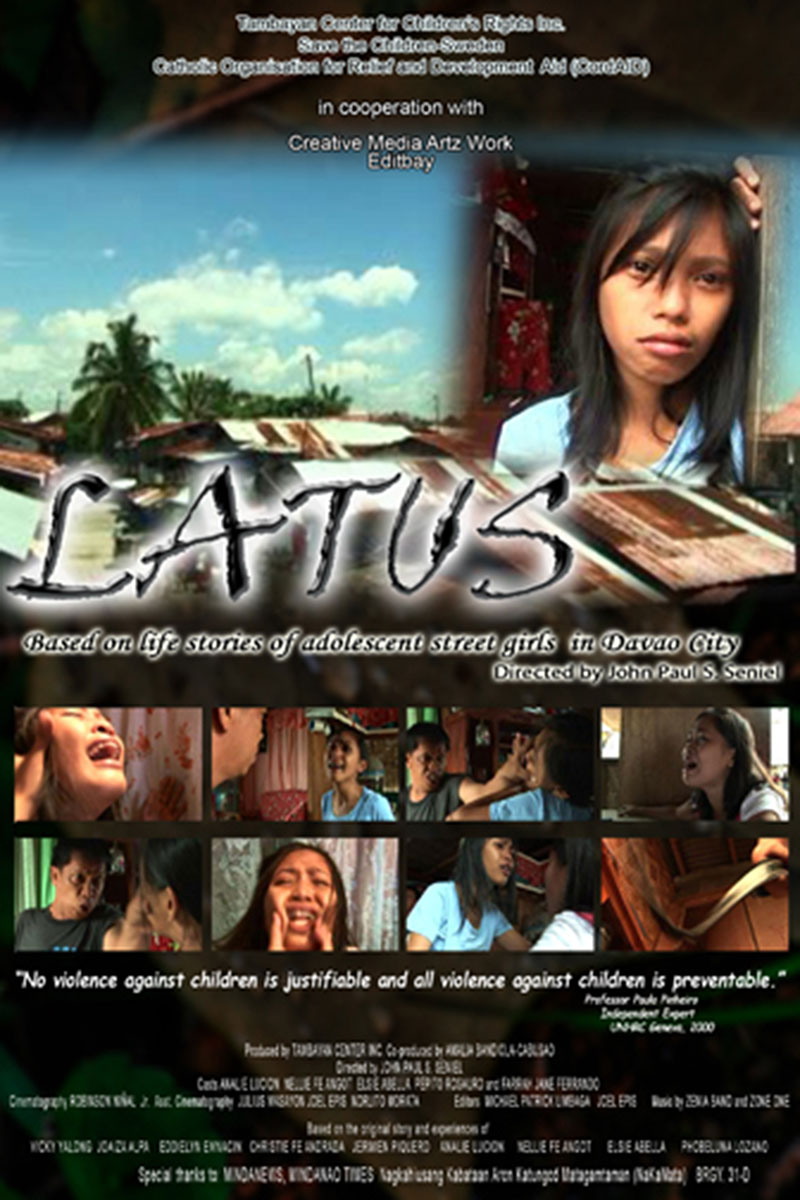 This true-to-life story is about Vicknelyn who was raised by her father with too much punishment. She and Jenelza are both 16-years-old and study in the same school where they become good friends. They differ in their economic status in life but share the same experiences on corporal punishment. To gain relief from pain, Vicknelyn joins a gang that has similar experiences. On the other hand, Jenelza spends time on her studies. When Jenelza witnesses Vicknelyn being punished by her father, she is traumatized.

SI BOK AT ANG TRUMPO (The Boy and His Top)
Next