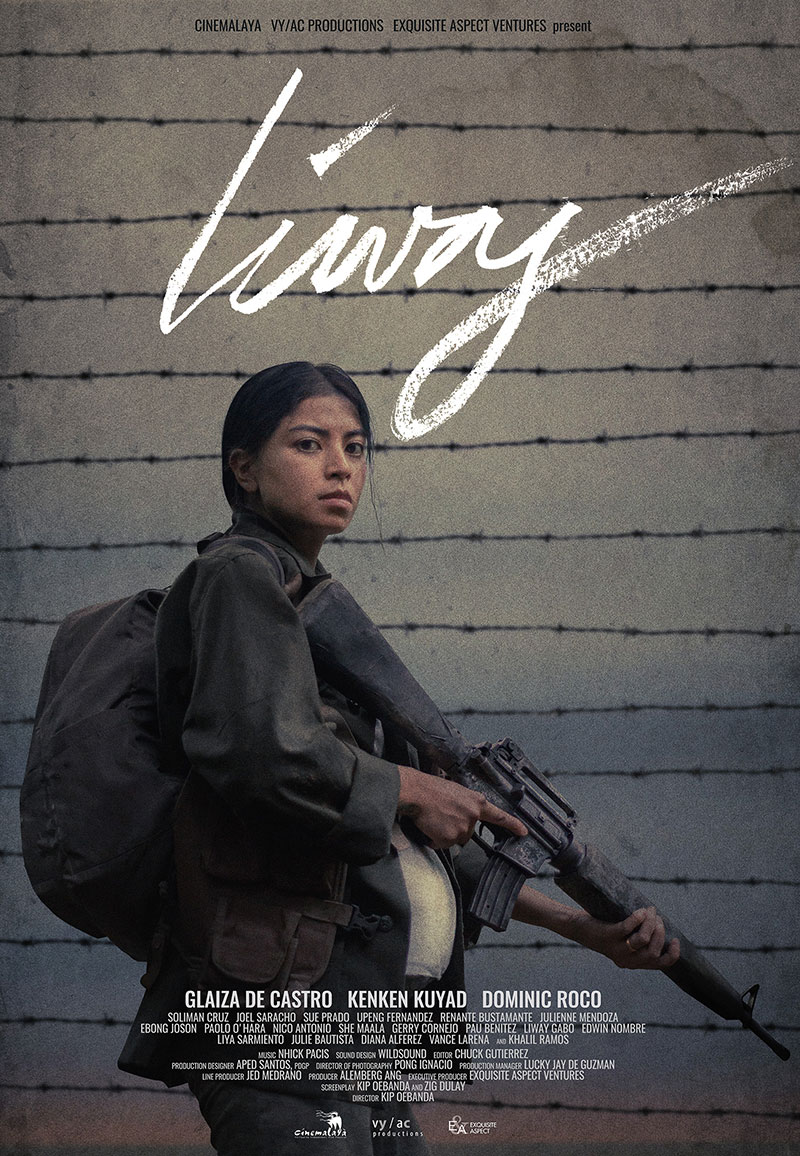 Dakip is a little boy who lives with his parents- Day and Ric- inside Camp Delgado, a makeshift prison inside a military camp for rebels and criminals. Day does her best to shelter the child from the harsh realities of their life with songs and stories about an enchantress named Liway. However, at the tail end of Martial Law, her own dark past catches up on her and the lives of the detainees become increasingly difficult. She is confronted with the cruel possibility that the best interest of her child means never seeing her again. This is based on a trus story.