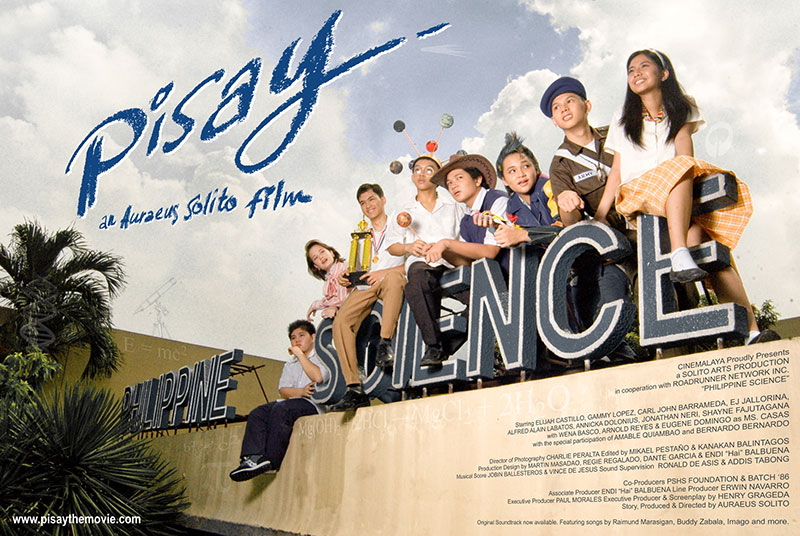 Amidst the chaos of the Marcos dictatorship in the 1980s, eight teenagers in the country’s premier science high school discover themselves as they go through the joys and pains of adolescence. Selected from the best and brightest from all over the country, they endure the collegelevel courses in biology, chemistry, mathematics, and physics. Those who make it are hailed as the future science and technology leaders of the New Republic; those who don’t are unfortunate victims of natural selection. Interconnecting the lives of Rom, Wena, Mat, Daki, Liway, Andy and Euri are the antics of Minggoy, their friend whose zest for life is periodically dampened by, unknown to most, rounds of excruciating chemotherapy. They find the world outside that erupts into the People Power revolution being replicated within the school as they struggle to graduate, contend with teachers, classmates, family, school officials, and a new classification to segregate students into groups based on their academic ranking. This is Philippine Science High School (Pisay) where the organisms in the Petri dish are the students themselves.