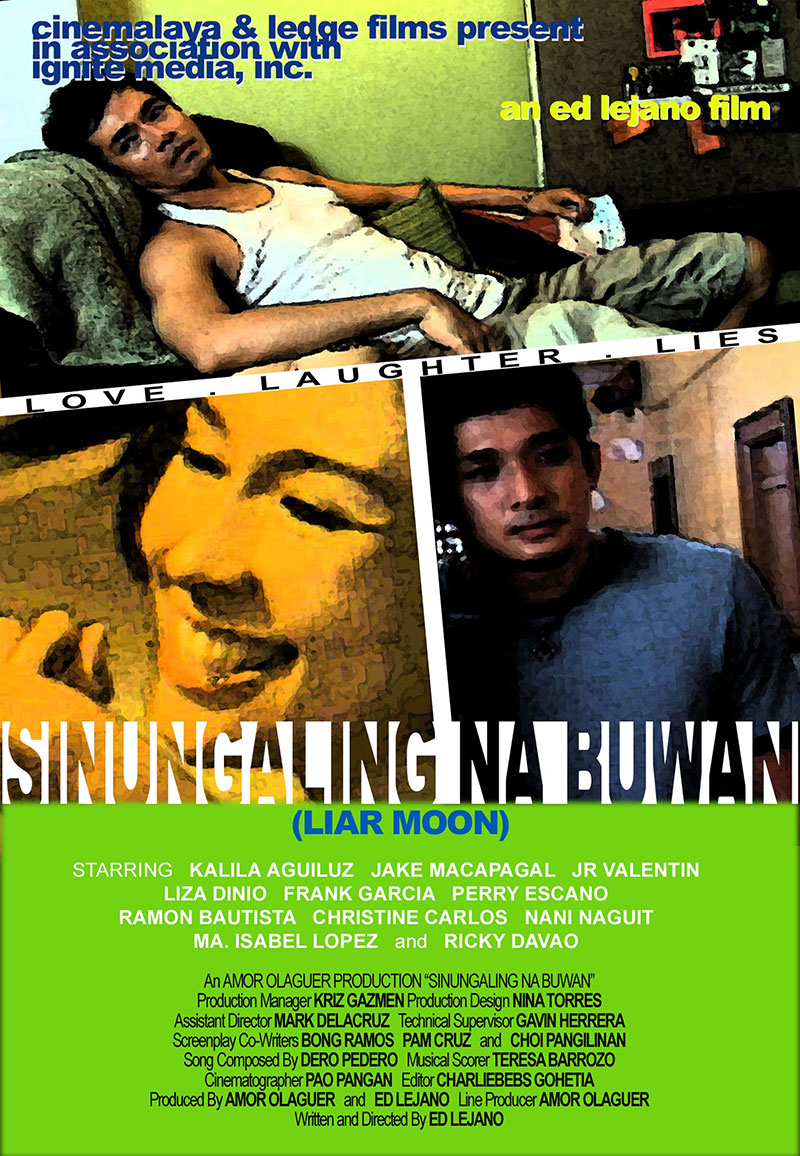 Three loves, three broken hearts. A farewell letter from their respective ex-lovers unites all three stories: A wacky TV weather reporter, Myla gets dumped by her older, married lover, and turns to alcohol and horoscopes for escape. Dean is a radio talent who’s keeping his true sexual identity a secret. Having been deserted by his lover, his debts start to mount just like his obsession with a ‘70s pop diva. Carlo is a struggling stage actor who is abandoned by his ambitious girlfriend and gets lost in his own melancholic world. With its intricate plot, their separate stories converge during the performance of a play-within-a-film.