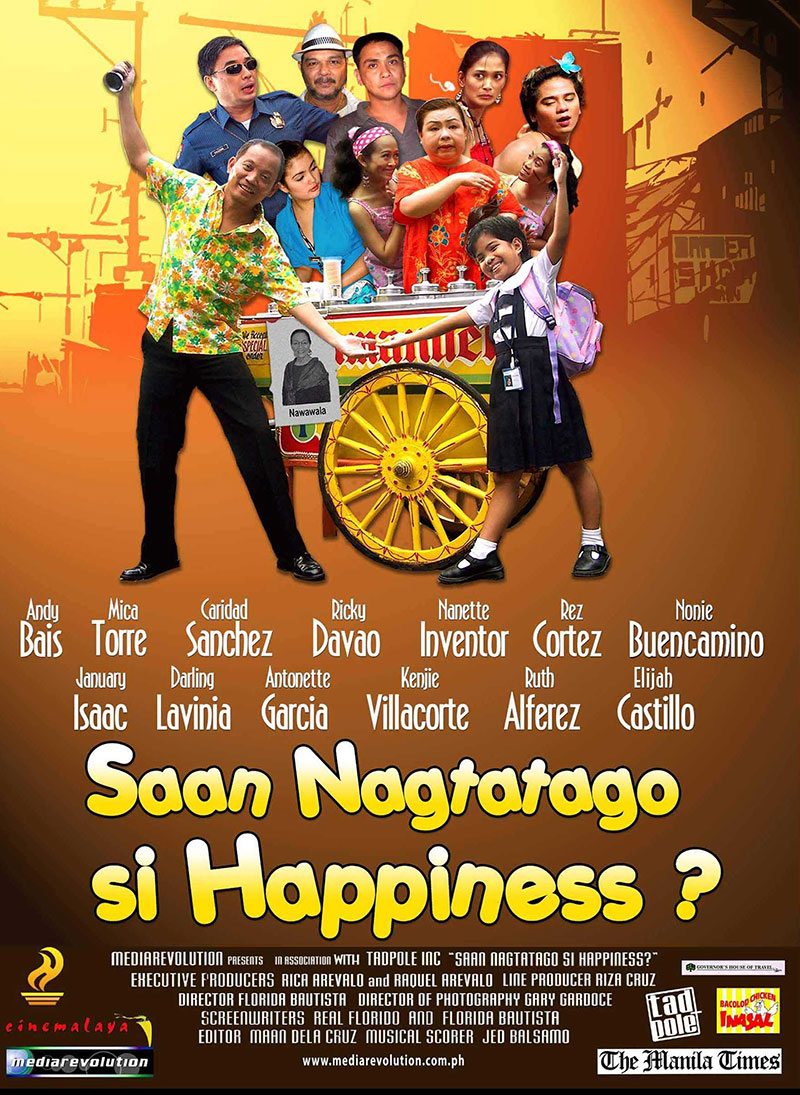 Finding happiness isn’t part of Tikyo’s everyday plan. For him, at the age of 50, nothing is as simple as selling ice cream, his only source of living. Everything’s just perfectly fine, until the unexpected happens – his mother, whom he believed for so long was already in heaven, is still alive. Tikyo will do everything to reconcile with the woman he loves the most. Every effort he does with the help of his best bud, Nene, the neglected child of the tenement. But his world will be lost in confusion when Sara, the girl of his dreams, comes. He is now torn between finding his mom and pursuing the young woman’s heart. Tikyo must find his way to happiness, lead other people to it or redefine its true meaning.