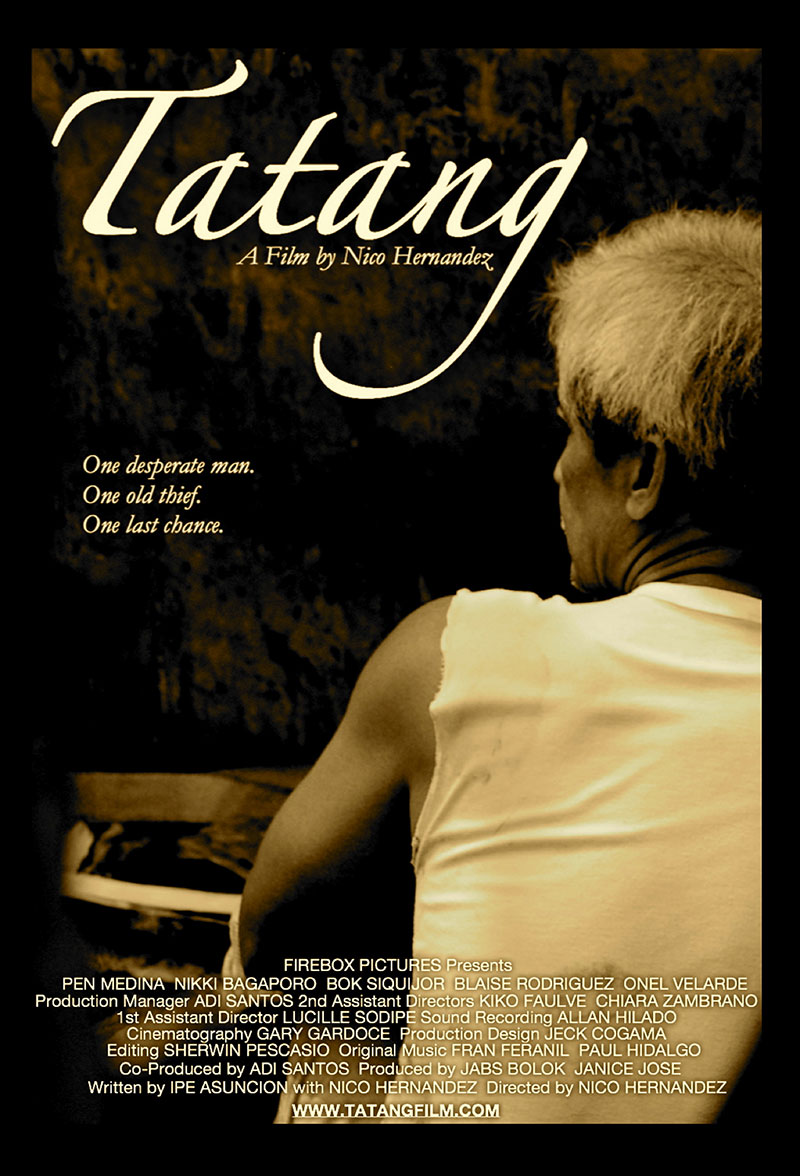 Tatang Ruding lives in the streets of the Philippines’ urban Manila with his granddaughter Ester. Tatang makes ends meet the easiest way he knows – stealing and pickpocketing. He does it with Ester as his aide and apprentice. One incident goes awry and Tatang gets beaten up by a group of men. Tatang bitterly takes out his misfortune on Ester and starts to feel useless. Ester, on the other hand, starts to make it up to Tatang by becoming the breadwinner. She becomes better and better at stealing and Tatang realizes that he has created a monster in her. One day, Tatang hears a gunshot- –a moment that will serve as a wake-up call and change the rest of his being.

BEHIND CLOSED DOORS
Next