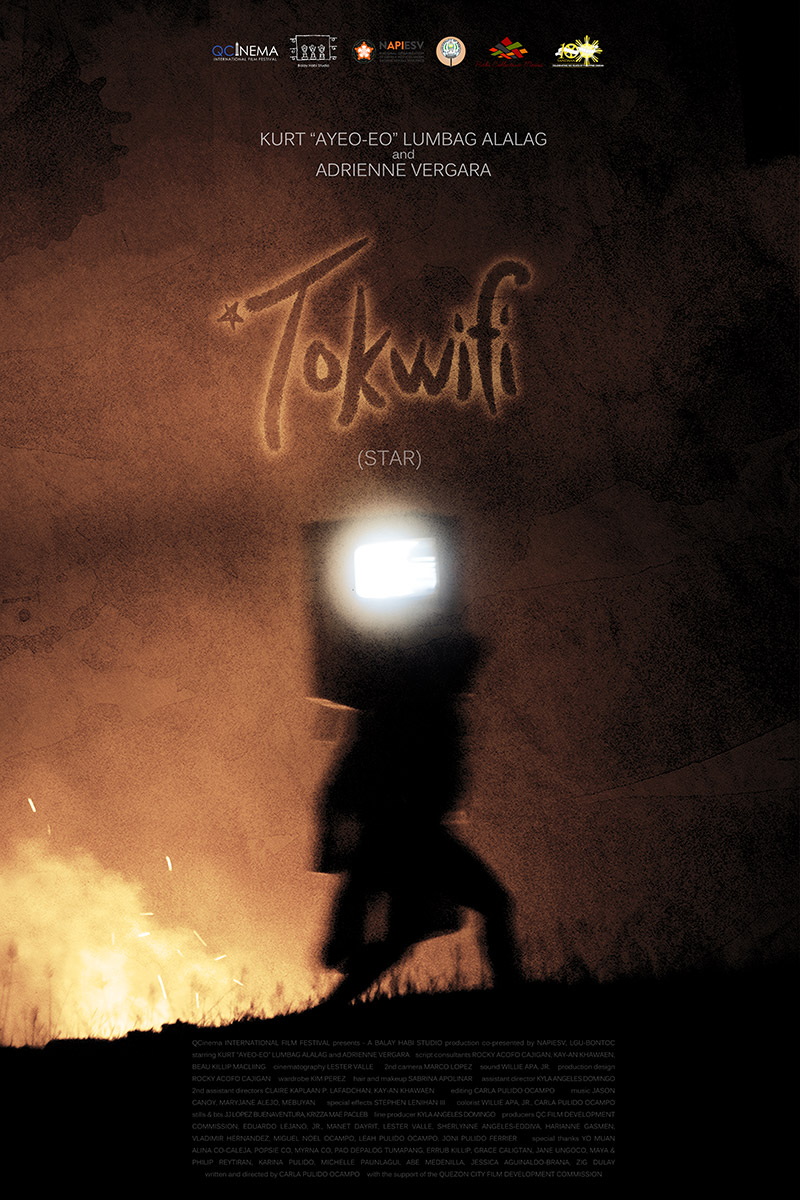 Logline:
A 1950s mestiza star, trapped inside a television that fell from the sky – dreams up a romantic romp with a Bontok Igorot man who does not know how to kiss.

Short Synopsis:
As Limmayug carries firewood back to his home village, something falls from the sky: a 1950s television, with a hysterical showbiz star trapped inside it. She is Laura Blancaflor. The frightened man saves the television — nay, saves Laura — from the flames of the impact.

Worlds apart in their language and methods, the two try their best to engage each other. But for the sensibilities of Limmayug, a citizen of an off-the-grid mountain town, Laura’s TV talk seems too contrived — and alas, during commercial breaks, uncontrollably tactless, too.

Directors’ Profile:
CARLA PULIDO OCAMPO is a film editor, screenwriter, documentary filmmaker, and cultural worker residing in the indigenous territory of Bontoc, in the mountainous region of the Philippine Cordilleras. She is a co-founder of groups that are purveyors of alternative cinema culture in Northern Philippines: Habi Collective, Balay Habi Studio, and Pelicula Union. Currently, she is best known for her filmography centering on the culture and lore of the indigenous Bontok Igorot people. She is writer, researcher, and editor for the seminal documentary “Walang Rape sa Bontok.” Her short film “Tokwifi” won the Special Jury Prize at the 7th QCinema International Film Festival in 2019.

Directors’ Notes:
Tokwifi (Star, pronounced “tok-wee-fee”) is a short film that explores the what-ifs of differing love languages. But more than that, it is also a parable reflecting two significant issues in Philippine media – (1) how women characters are “boxed” within men-dependent stereotypes throughout the history of local television and (2) how famous Philippine personalities – labeling our indigenous mountain people as “primitive,” “uncivilized” or perennially unkempt – has time and again broken the indigenous heart.