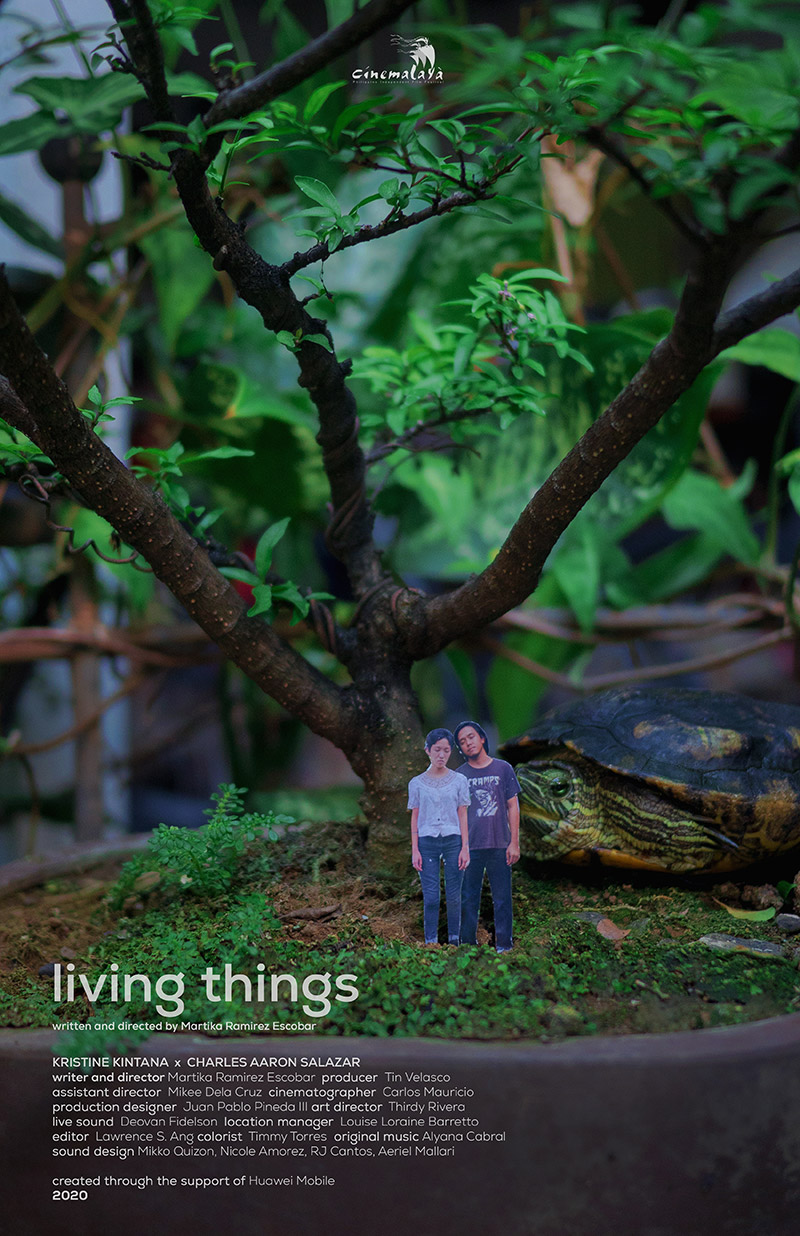 Logline:
Kints wakes up and discovers that her decade-long lover Charles has turned into a cardboard standee of himself.

Short Synopsis:
Kints and Charles have been together for almost a decade. One day, Kints wakes up and discovers that her lover has changed, literally. Although troubled at first, she eventually understands that what happened is a natural phenomenon. Through this, she is reminded that people change all the time, and love can change people.

Born in Manila in 1992, MARTIKA RAMIREZ ESCOBAR’s love for the bizarre is best reflected through her films and photography. After graduating with honors from the University of the Philippines, her thesis film “Pusong Bato” competed at the 19th Busan International Film Festival and had screenings across Asia and Europe. It won Best Short Film at the 11th Cinemalaya in 2015. She is an alumna of the Berlinale Talents Tokyo, Asian Film Academy, Southeast Asian Film Lab, Luang Prabang Talent Lab, Fantastic Film School, Mowelfund Film Institute and is a recipient of the Purin Pictures Film Fund and Next Masters Support grant. Most of her works, including her first feature in post-production, “Ang Pagbabalik ng Kwago,” and first documentary feature “Tell Me About Darkness” which participated in the Asiadoc Residency, are self-reflexive films about her relationship with cinema. She is currently working as a freelance director/cinematographer for various productions.

Martika Ramirez Escobar won Best Director for the film in the 2020 Cinemalaya.

The epiphany is that everyone and everything is constantly changing, including ourselves.