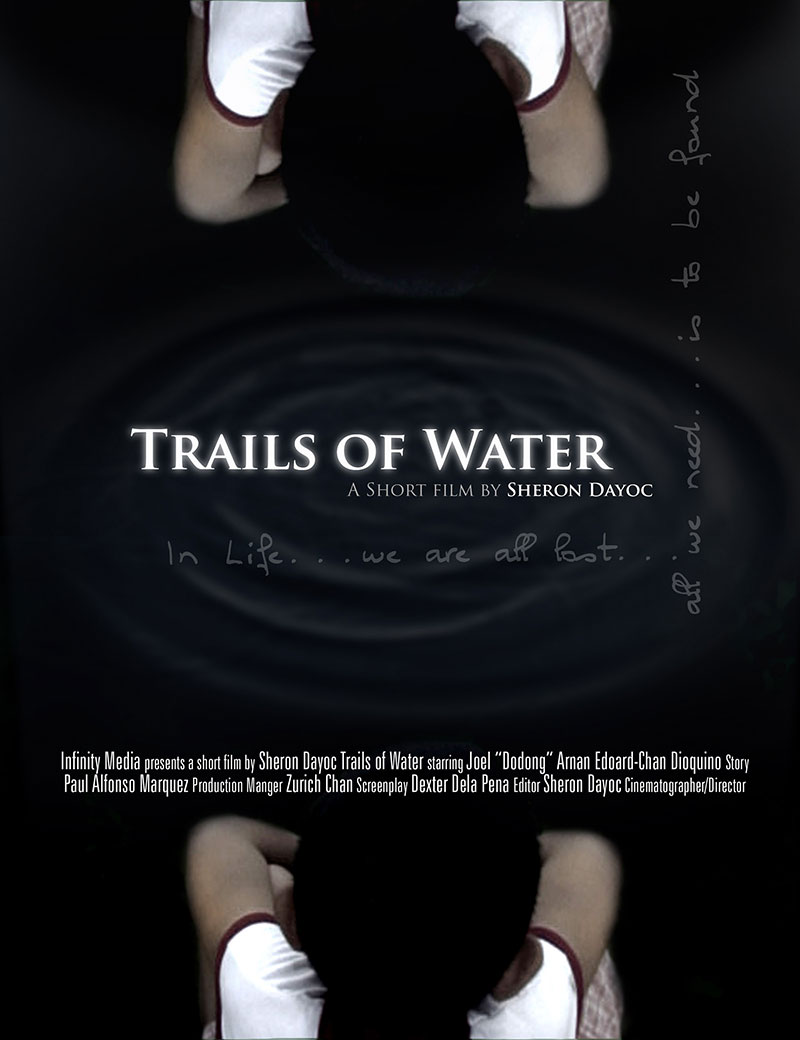 “Trails of Water”is an experimental film about a young boy’s emotion as seen through his make-believe story. His story is about Galeno who struggles to survive in his everyday life by 134 135 fetching water from the nearby mining site for a living. His village is then caught in a mass paranoia where everyone is suspicious of a newcomer in the village. This results in a killing phenomenon. No one knows who the person is until the stranger reveals himself to Galeno.