HARI NG TONDO (Where I Am King) 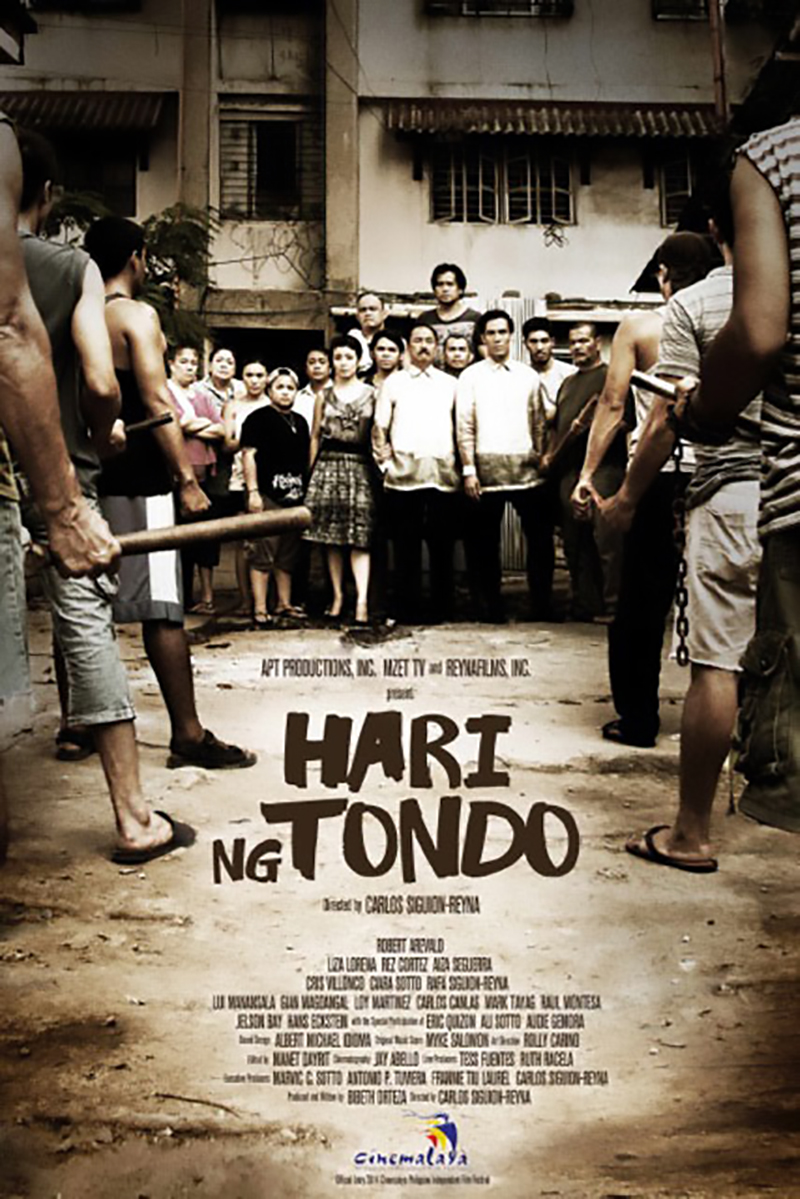 Ricardo Villena (Robert Arevalo) finds out he has lost his fortune, on the same day he is told his granddaughter Anna’s (Cris Villonco) wedding is not pushing through and his grandson and namesake Ricky (Rafa Siguion-Reyna) is not graduating from college again. Anna has caught her fiancé philandering. Ricky wants to just sing and compose songs. Believing that the cousins’ weaknesses to battle life’s trials are on account of their closeted upbringing, Ricardo brings them to his birthplace, Tondo, where he owns a decrepit tenement housing called ‘alapaap’. His children are upset, daughter Olivia (Ali Sotto), married to businessman Daniel (Eric Quizon), the parents of Anna; and son Julio (Audie Gemora), the widower university professor, father of Ricky. Boyong (Rez Cortez), Ricardo’s best friend and alapaap encargado is totally against the idea, because today’s Tondo is a far cry from the Tondo of their youth. Ricardo cuts Boyong off and tells his grandchildren to stay with him in alapaap even if only for a short while, that if he’s wrong about their growing balls in the place, then he’s wrong. But if he’s right, the two will have the world to gain. In Tondo, Anna and Ricky meet people so unlike those in their Forbes Park mileu.

ASINTADO (Between the Eyes)
Next