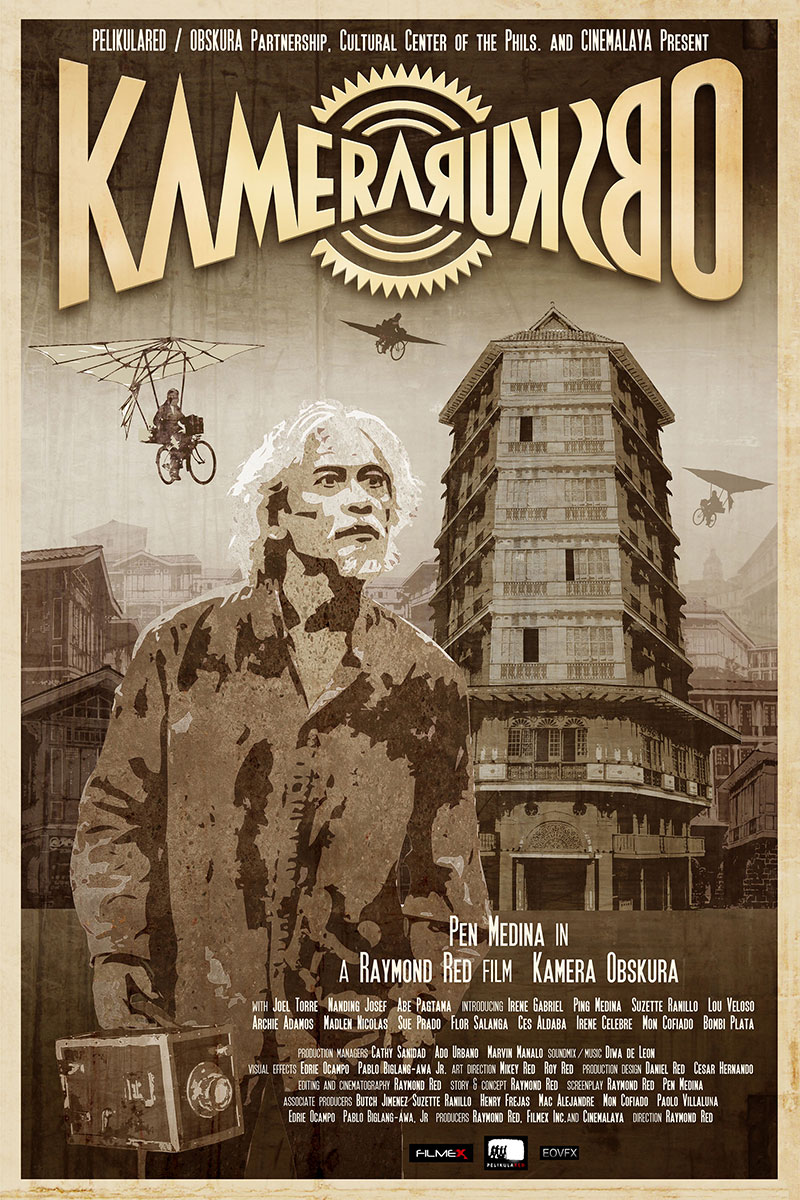 The title “Kamera Obskura” is a Filipino spelling of the latin “Camera Obscura” which simply means “dark room.” The film’s concept adheres to formalist cinema, where the filmmaker’s thesis is to make a semblance of a vintage film seemingly produced sometime in the late 1920s to early 1930s in the Philippines. The thesis is to conjure up a film from a period that did not really exist in Philippine cinema’s historical cultural heritage as we know it, such as a pseudo-expressionist/ experimental Filipino cinema of the silent film era. It is a film within a film. The narrative plays with the idea of a retro-futurist world where a prisoner locked away in a dark chamber for over two decades only sees the reality of the world outside through the small hole in his cell, which projects an image of the city on his wall, the phenomenon of the “camera obscura.” He later immerses back into society by slowly climbing up the different social classes represented by the levels of different floors in a mysterious building, where corruption, deceit, and betrayal seem to be at work at every level. The film is a tribute to the Filipino cinematic heritage. Through the re-imagining of an era of cinema in the transition from the lost silent era, the filmmaker hopes to instill in the next generation the recognition of the value of passing on that heritage before it is totally lost.