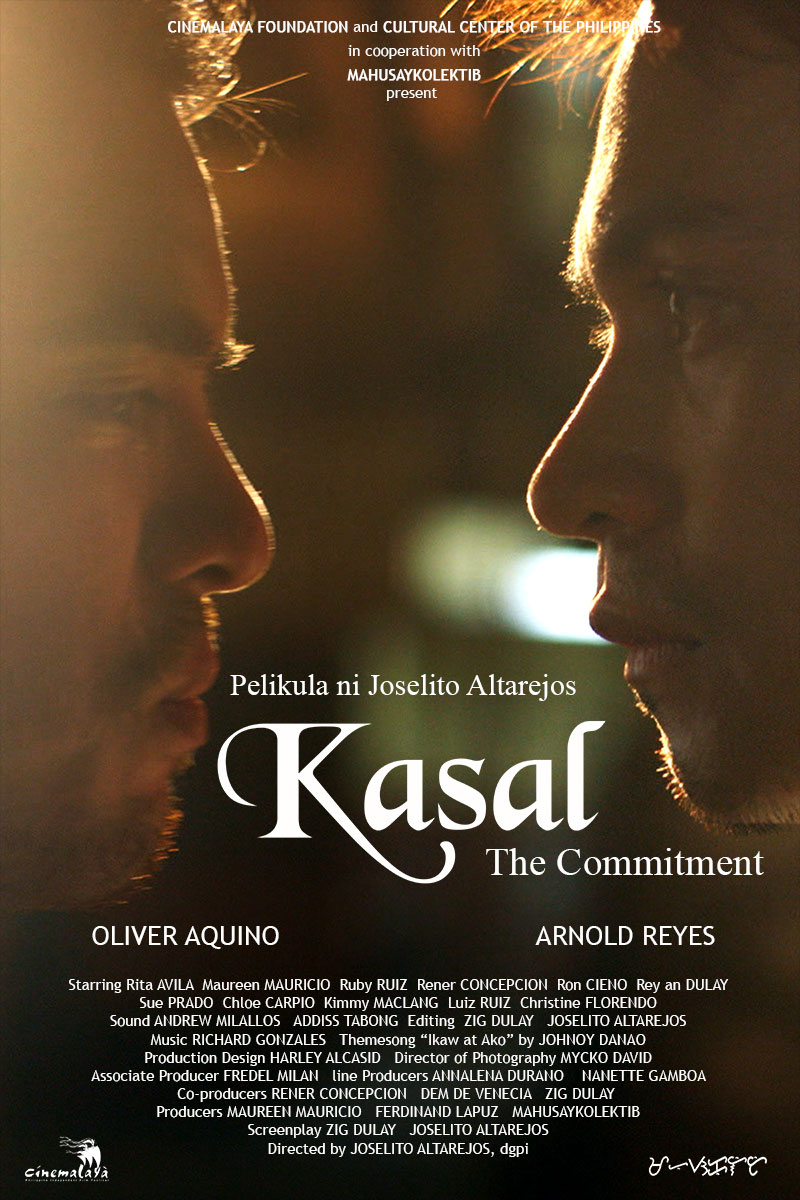 Paolo (Oliver Aquino) is a filmmaker and Sherwin (Mike Liwag) is a lawyer. They have been together for three years. The first year of their relationship has been a bliss until Paolo commits infidelity on their second year. The affair almost ended their relationship. But, the couple has tried hard to patch things up and has decided to move on and be together. Six months after the incident, the couple is still recovering from the incident. One weekend, Paolo and Sherwin are attending the wedding of the latter’s only sister in Batangas. But for the gay couple, this event will test their relationship once again.
On their journey to the province, Sherwin remembers the hurt that the infidelity has caused them. A violent fight ensues. This tension is carried over to Sherwin’s house. During the reception, Celia, Sherwin’s mother, surprises her son with an announcement that he got a scholarship abroad and is leaving soon. Sherwin has kept this matter hidden from Paolo. Feeling betrayed, Paolo erupts and a confrontation follows. Old wounds are revisited. Pain and feeling of betrayal resurface. On a rainy Sunday morning, the couple drives back to Manila. They are pensive. Each is lost in his own thoughts. Will the couple survive, yet, another test in their relationship?