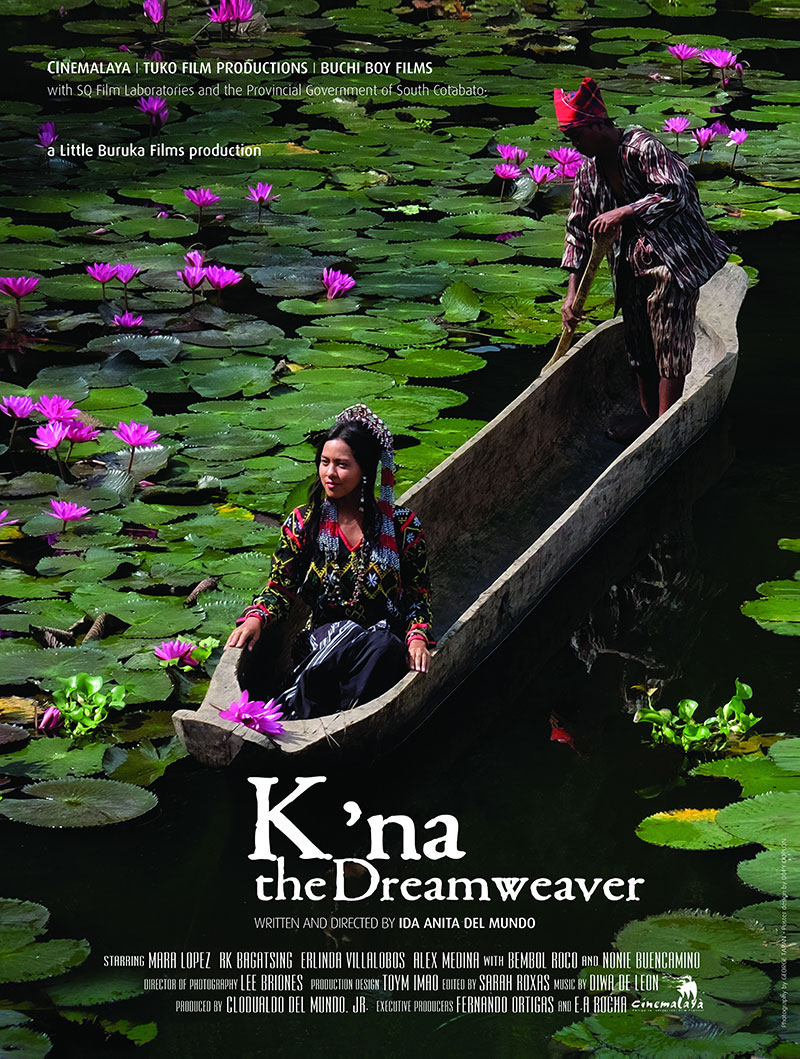 K’na is a young woman coming into her own in the mountains of South Cotabato, where the T’boli live, overlooking the majestic and mystical Lake Sebu. She is part of the royal family of the South bank of the lake, part of the clan that was banished from the North Bank centuries ago after what the elders call The Great Betrayal. At a young age, K’na, is trained in the art of weaving the T’bolit’nalak. The design of the t’nalak fabric comes from the visions granted by Fu Dalu, the goddess of abaca, only to deserving women who become dreamweavers. K’na’s grandmother, Be Lamfey, is the village’s last master dreamweaver. When Be Lamfey dies, the gift of dreamweaving is passed to K’na and her father, LobongDitan, decides to put an end to the warring clans of Lake Sebu once and for all by arranging a marriage between K’na and Kagis, the heir to the throne of North bank. Meanwhile, K’na has fallen in love with Silaw, a childhood friend whose family supplies the finest abaca fibers to the dreamweavers. Silaw leaves love messages for her by tying bits of abaca thread to a tree outside K’na’s window. As the marriage grows near, a revolution brews among those who do not believe in the union of the two royal clans.