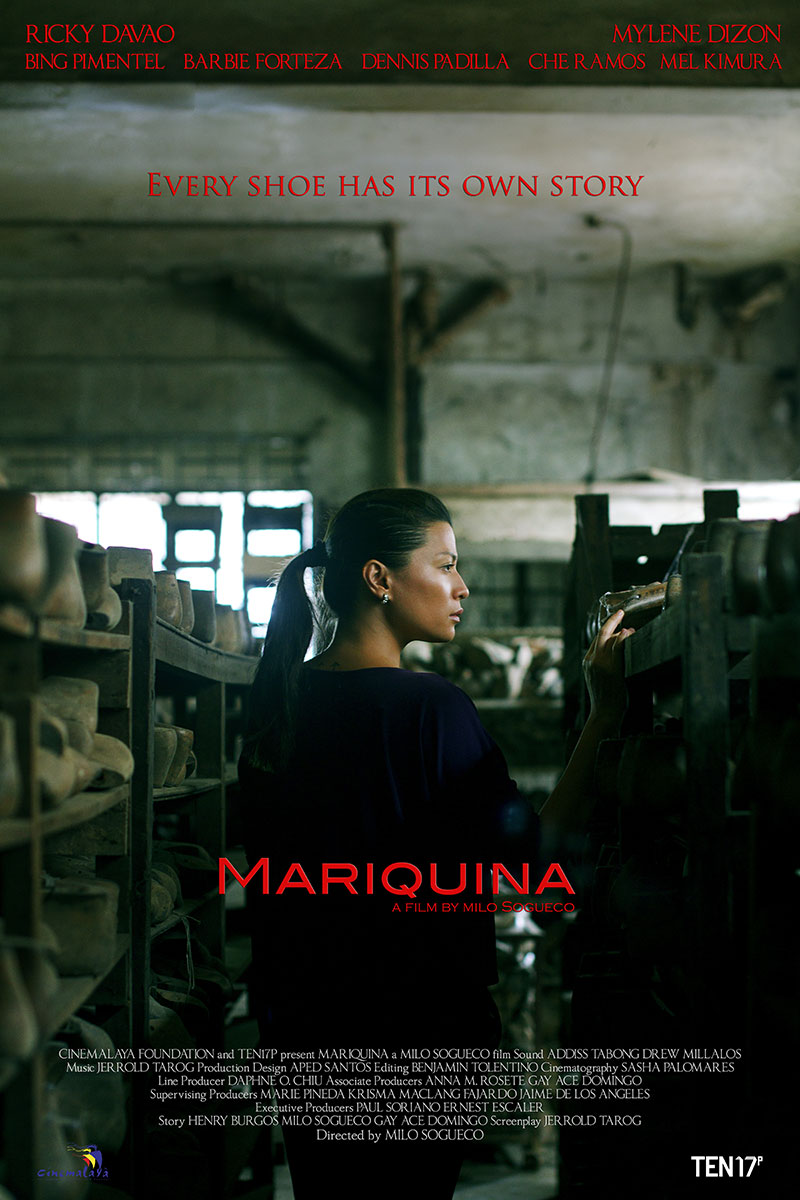 Mariquina tells the bittersweet story of Imelda Guevarra, a successful businesswoman, who grew up with an emotionally distant Father, Romeo, a once recognized shoemaker who lost both his shoe factory and his beloved wife. When Imelda is informed about her Father’s death, she tentatively proceeds with the funeral preparations. Her search for the last perfect pair of shoes serves as the catalyst that opens up old wounds. It also unlocks memories of growing up in awe at how her father could transform a sheet of leather into something perfect to wear on her feet, igniting recollections of why her Mother, Leonor, left them. The rise, fall and revival of shoemaking in Marikina, the footwear capital of the Philippines, are unraveled through the story of Imelda and Romeo. The father-daughter struggle illustrates the challenge of a nation trying to re-establish its identity. Eventually, Imelda takes that important step to confront the truths about herself and the father she must lay to rest. What she finds is far more valuable than a pair of shoes. She discovers her soul.