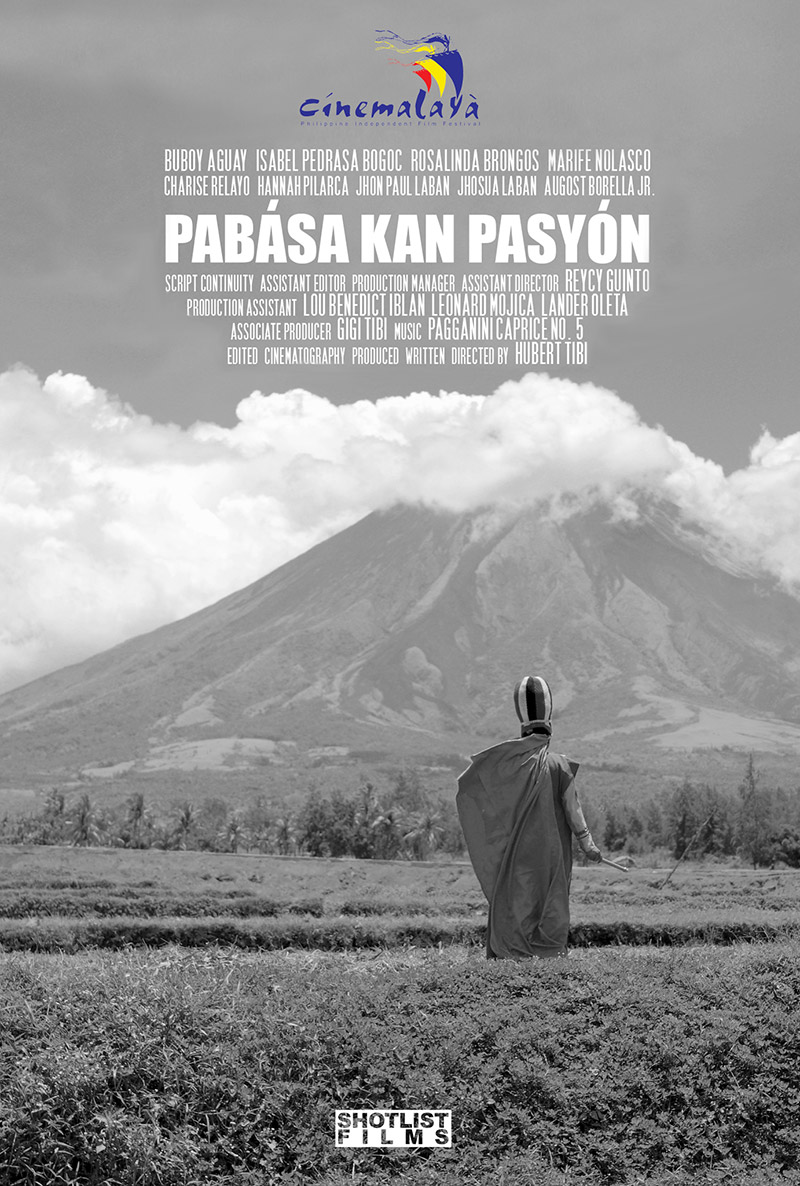 Short Synopsis:
Religion and economy take center stage in a Bicolano family’s story, set during the Lenten season. To make ends meet, one of them turns to religion and pushes his mother to make a living off her faith.

HUBERT TIBI is a producer, editor, cinematographer, writer and director. He has a degree in Fine Arts, Major in Advertising from San Carlos University Cebu and the Philippine Women’s University, Manila. He owns and manages Shotlist Productions. His film “Parang Pelikula” won Best Screenplay at the 2nd Cinemalaya Philippine Independent Film Festival, 2006. He has participated in several Cinemalaya editions, including the full-length feature film “Ang Bagong Pamilya ni Ponching” in the 12th Cinemalaya, 2016.

I present this film in black and white to contrast with the film’s realistic topics. The film aims to highlight the passion of humanity.